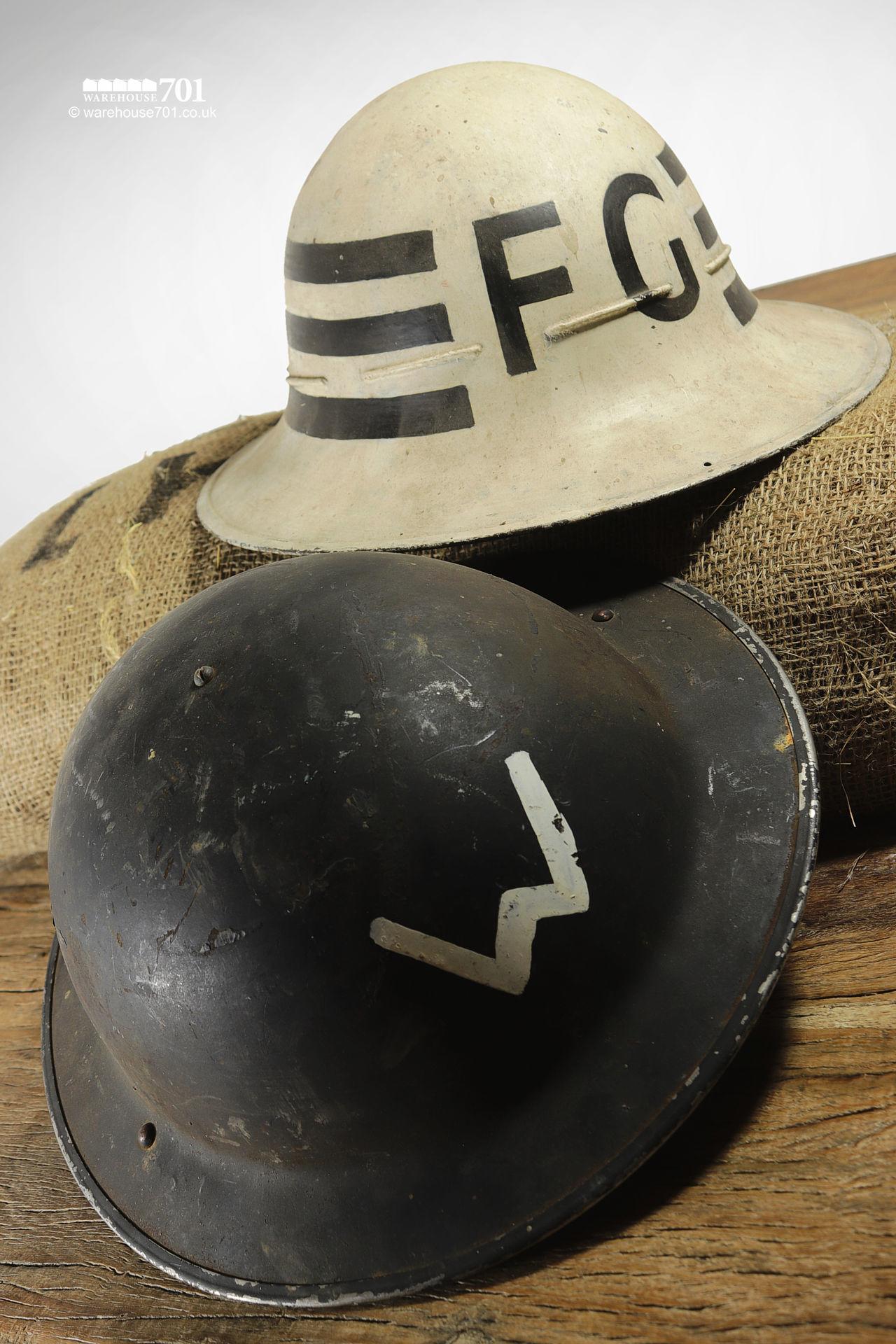 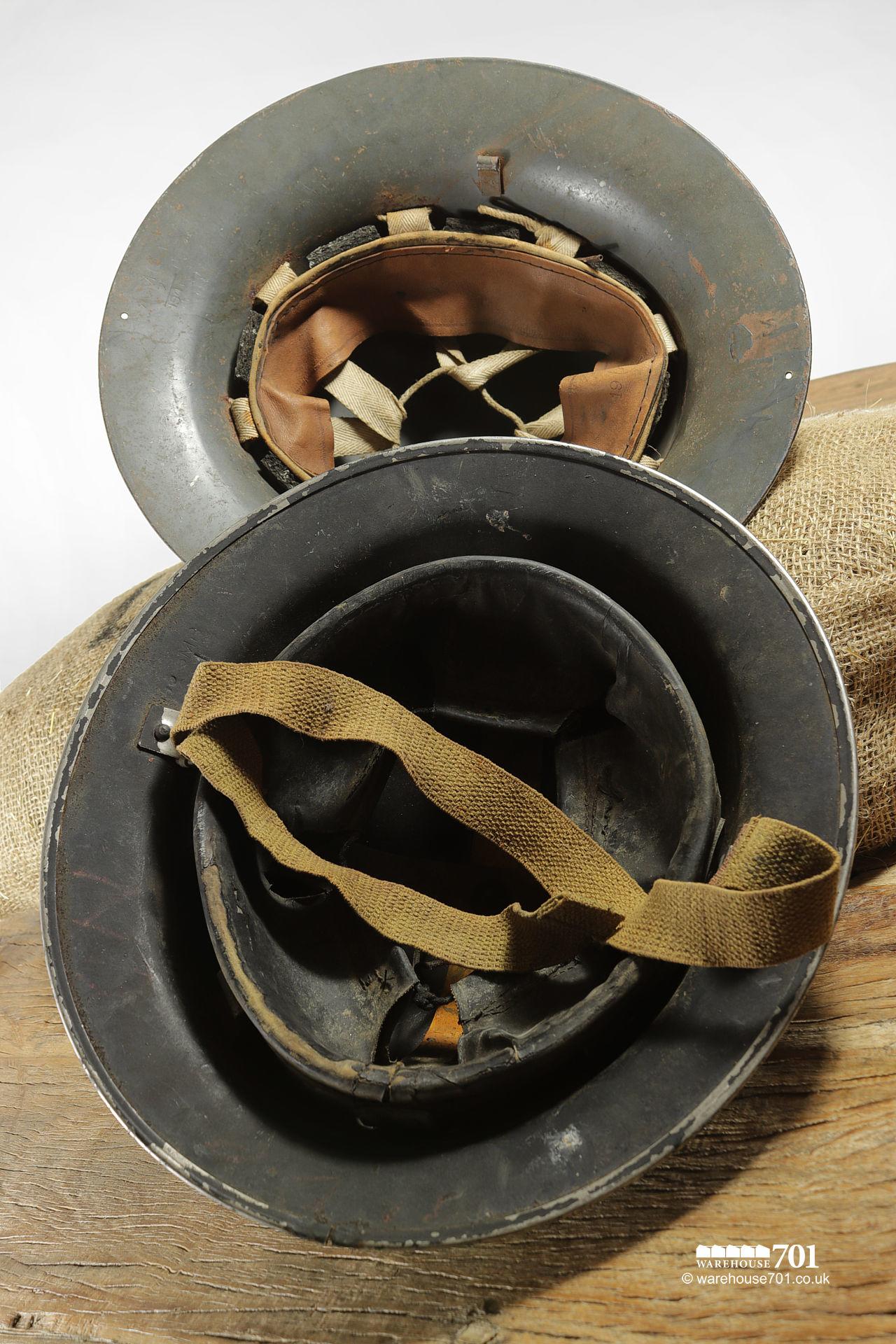 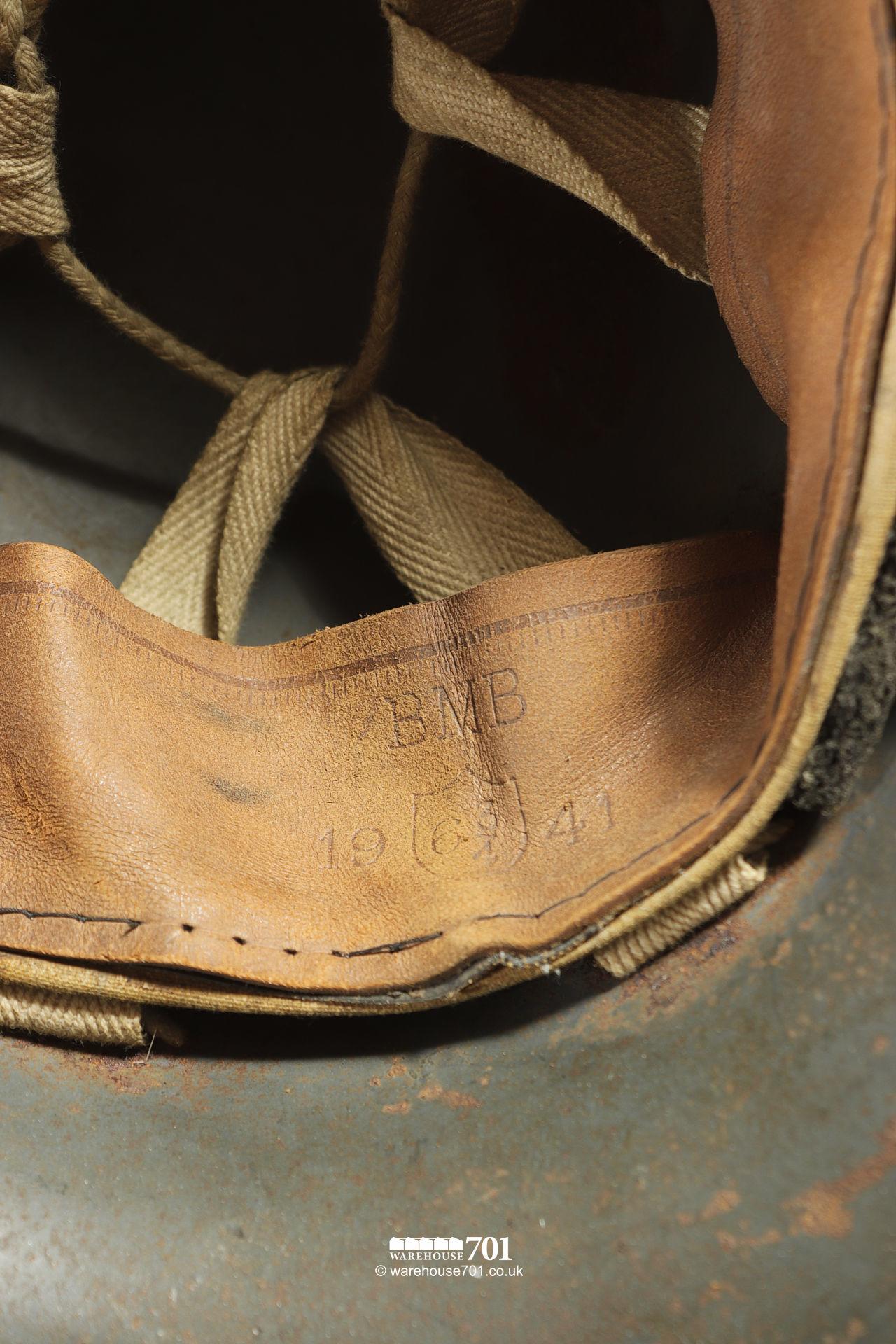 The first is a distinctive white Zuckerman helmet with three black rank bands and bearing the letters 'FG'. These were worn by individuals acting as Fire Guards under the Fire Watchers scheme, to help identify and deal with small fires within the local area. Small teams would search out incendiary bombs, secondary fires and other similar threats following air raids etc. The three black bands denote this belonged to an area Officer or Captain.

The second helmet is black with a white painted W front and centre. This was worn by an air-raid warden in the local community. Helmets of those in higher ranks would have single or double white bands or diamonds alongside the letter 'W'. The individuals would help co-ordinate people in the event of an air raid - ensure facilities were maintained and help in the aftermath of a raid.

Both helmets appear to have their original fittings though the white hat is missing its chin strap.