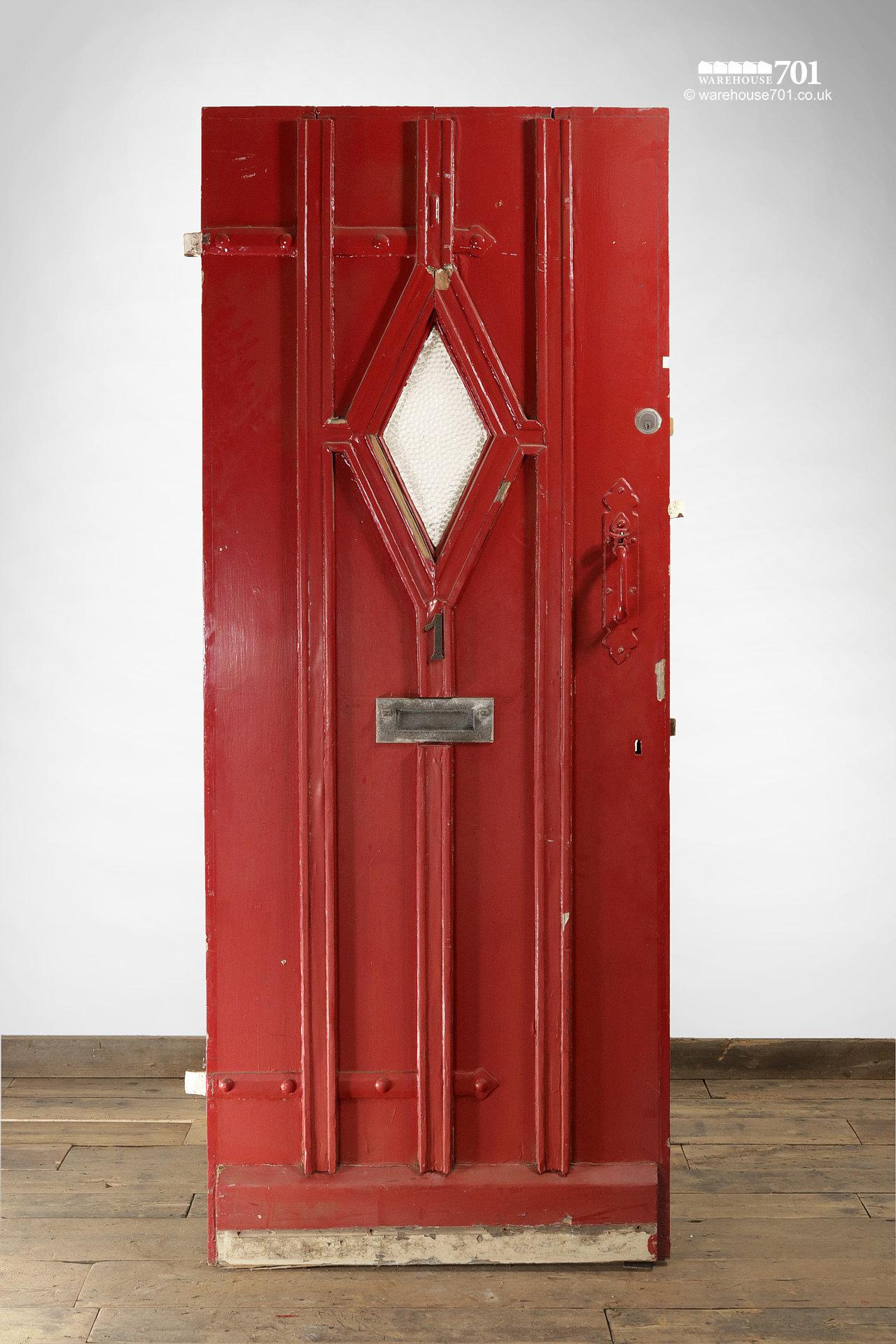 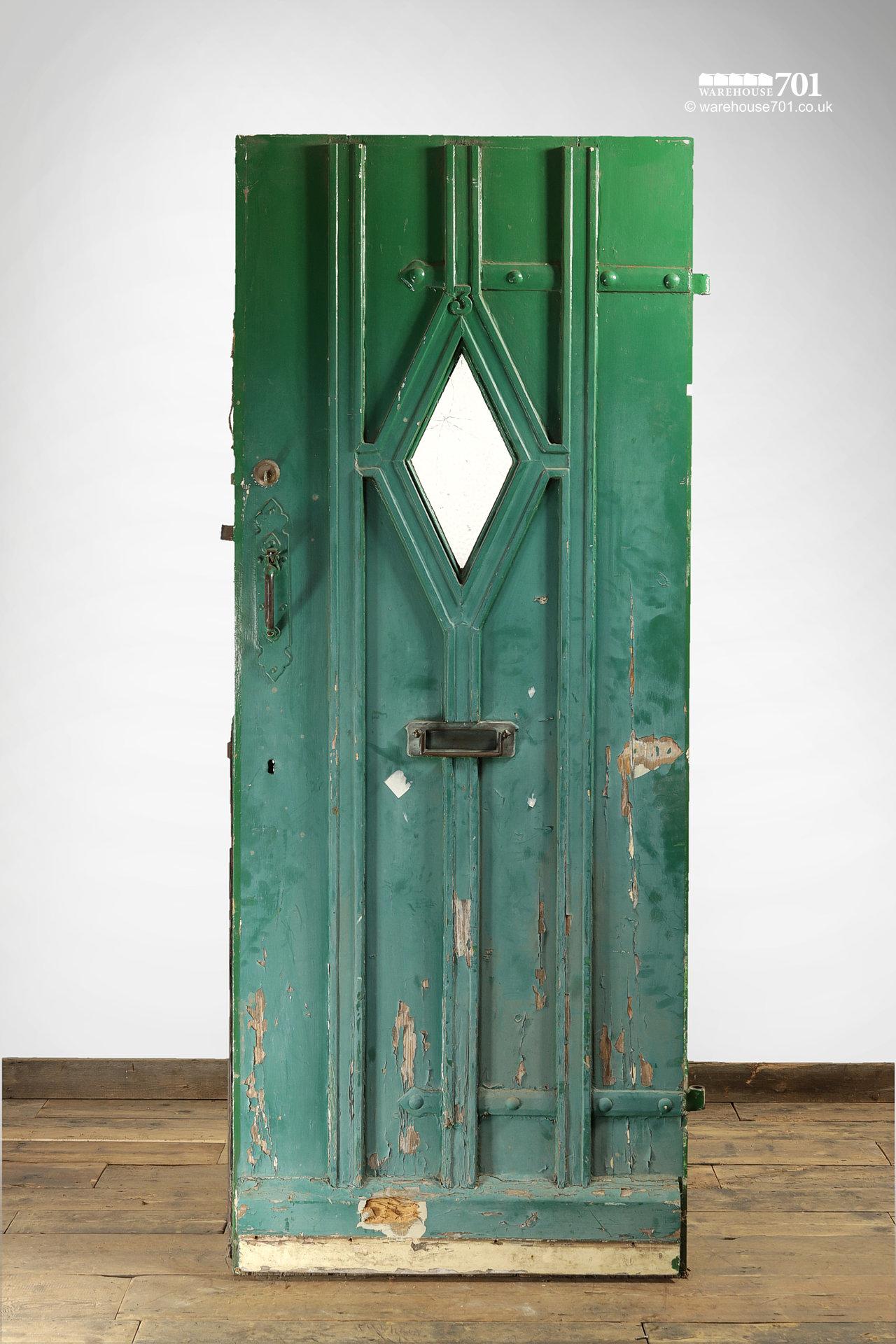 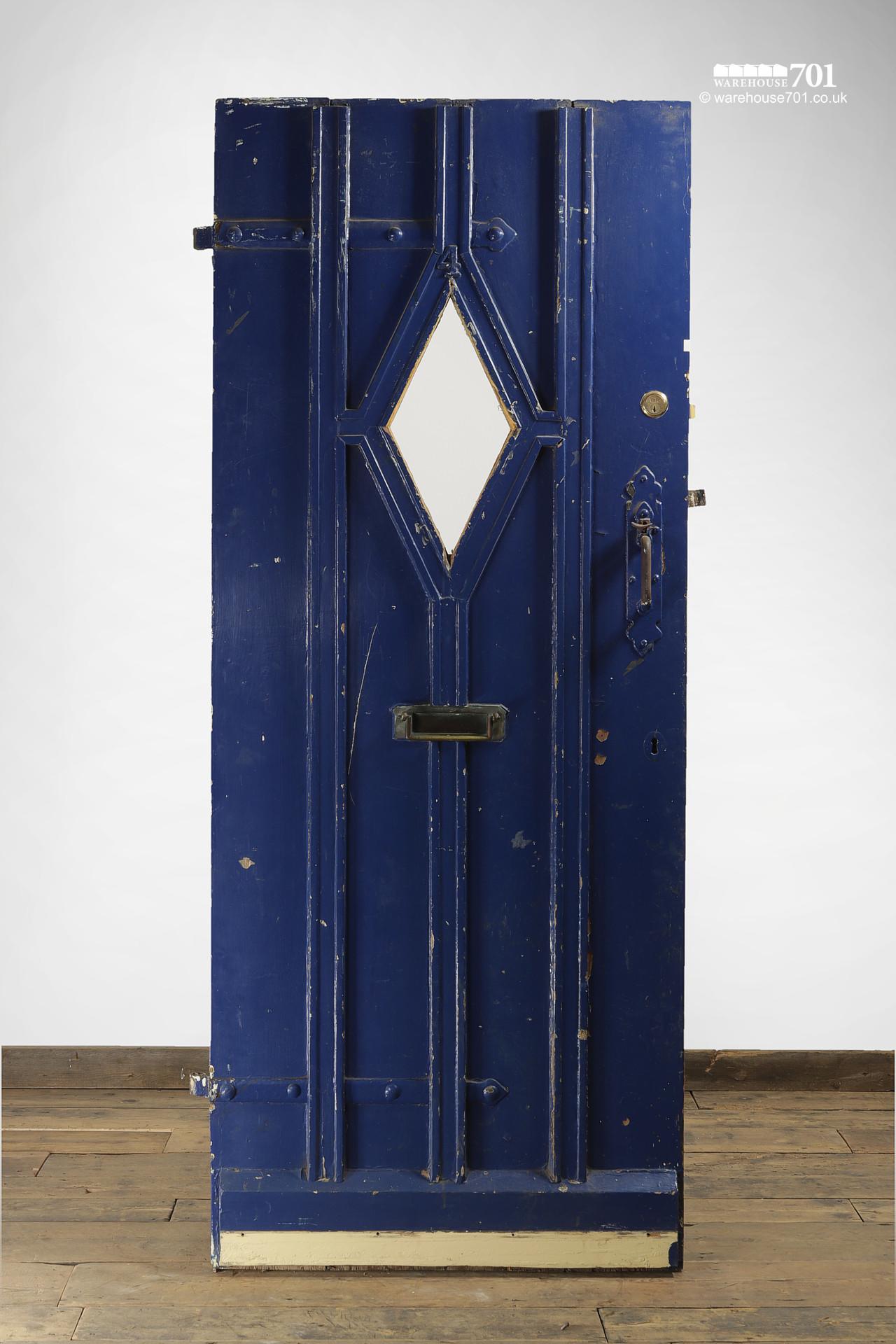 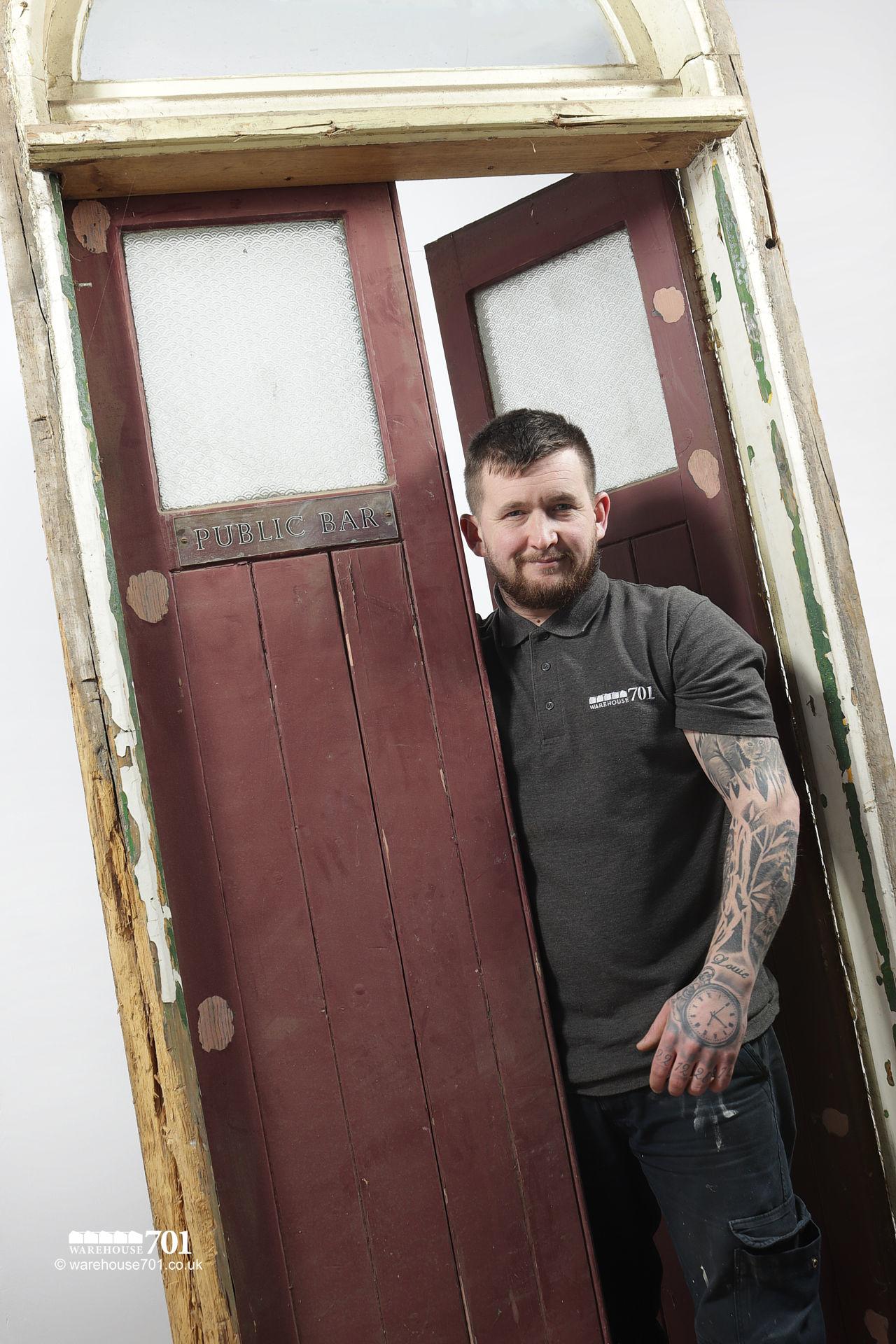 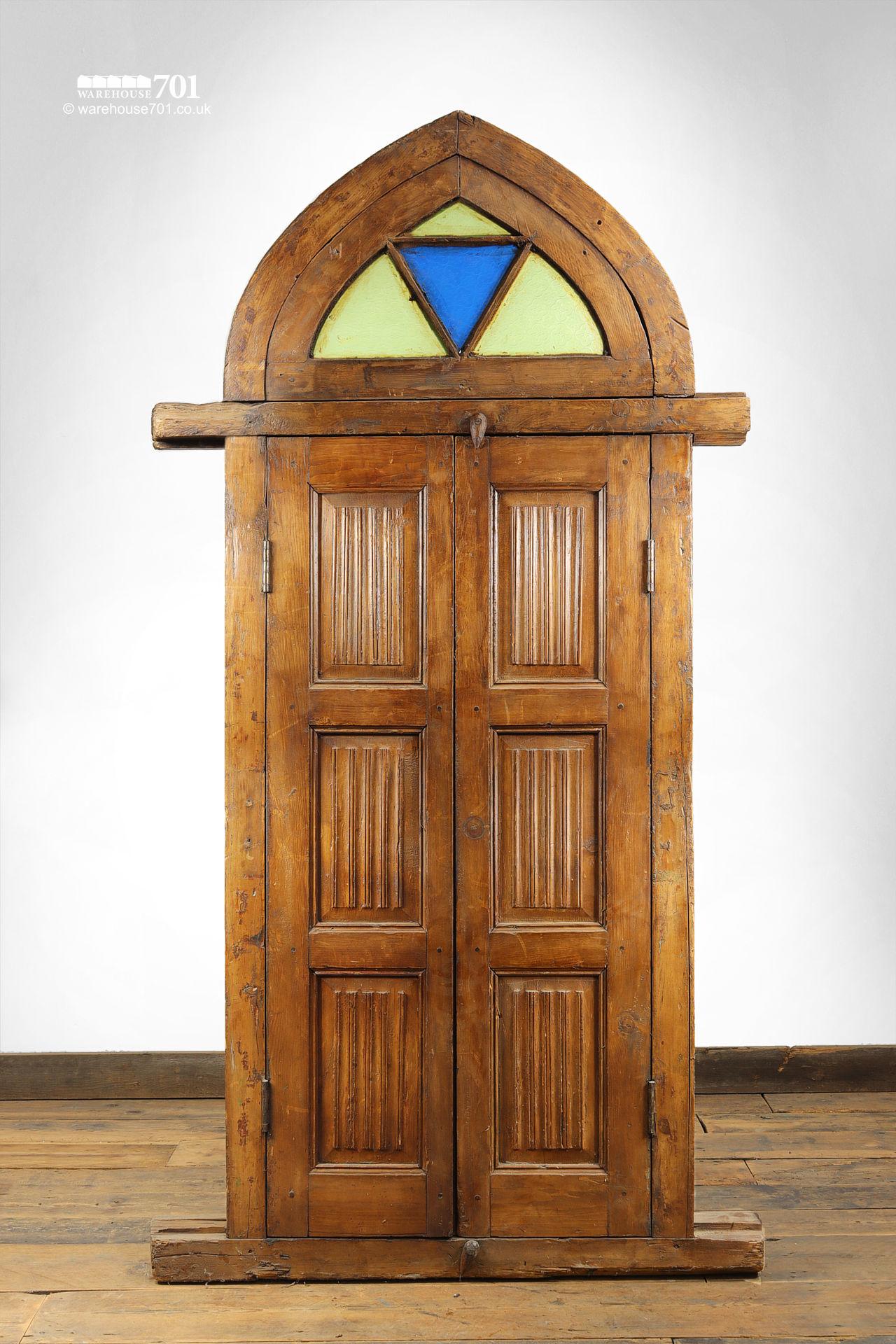 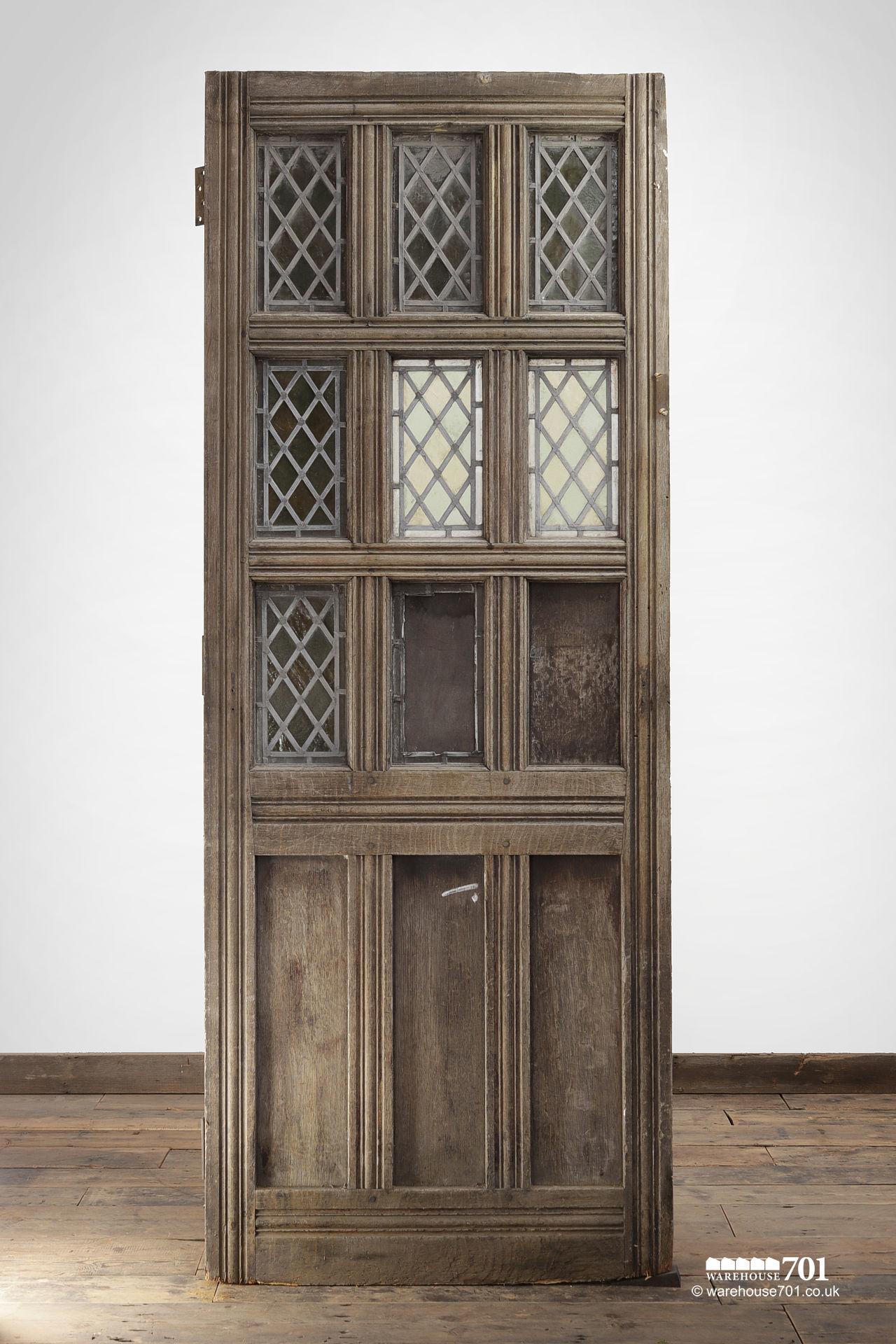 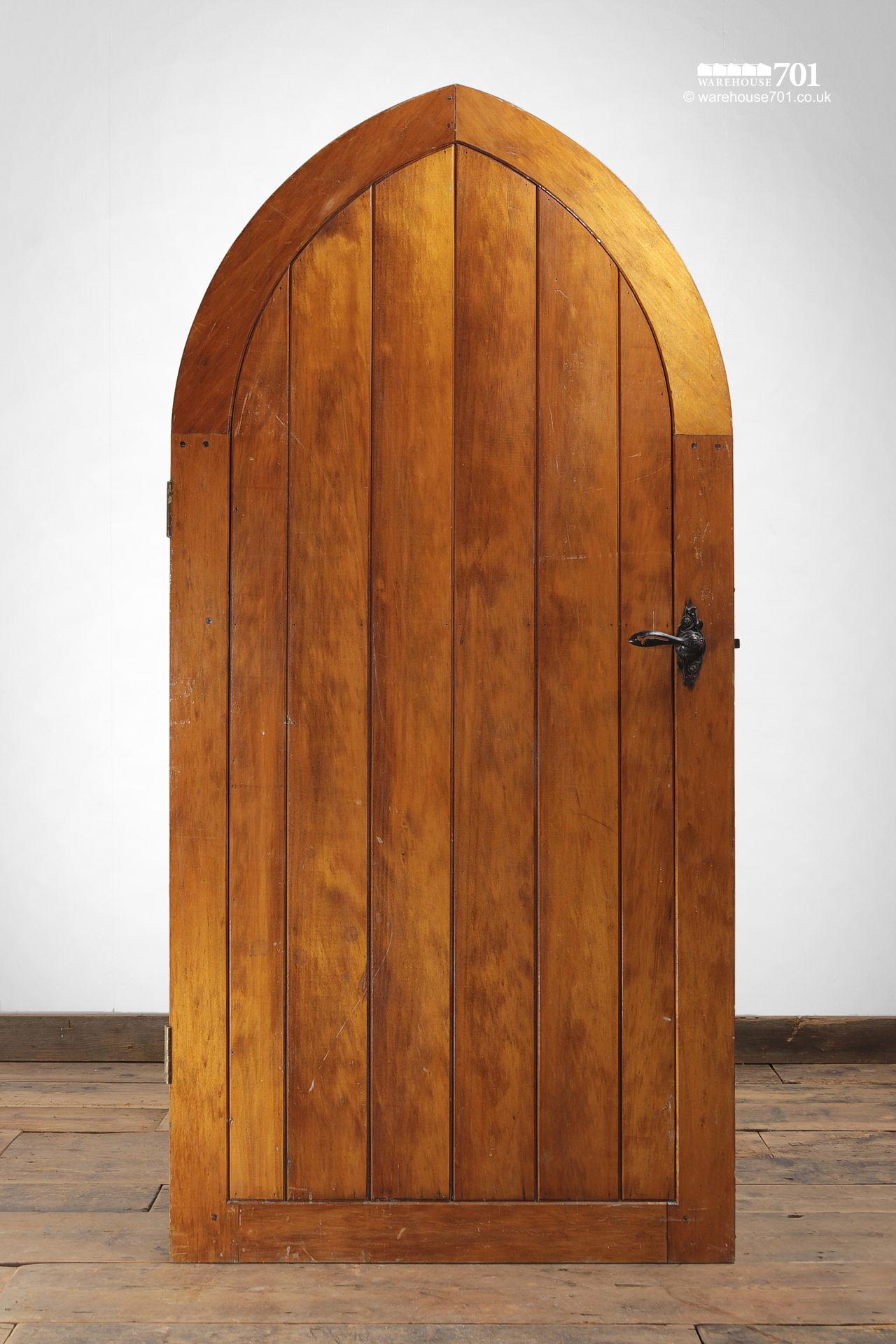 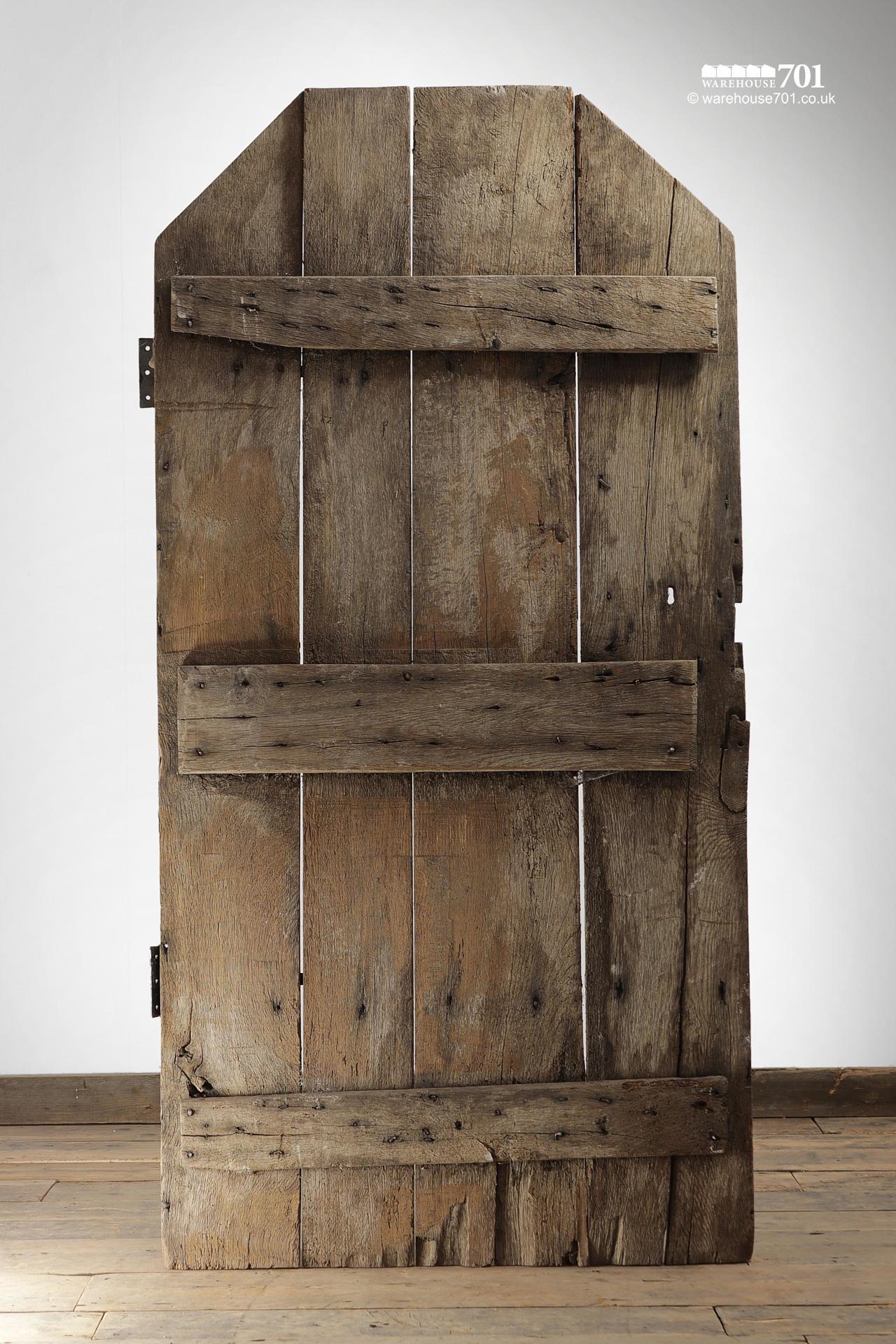 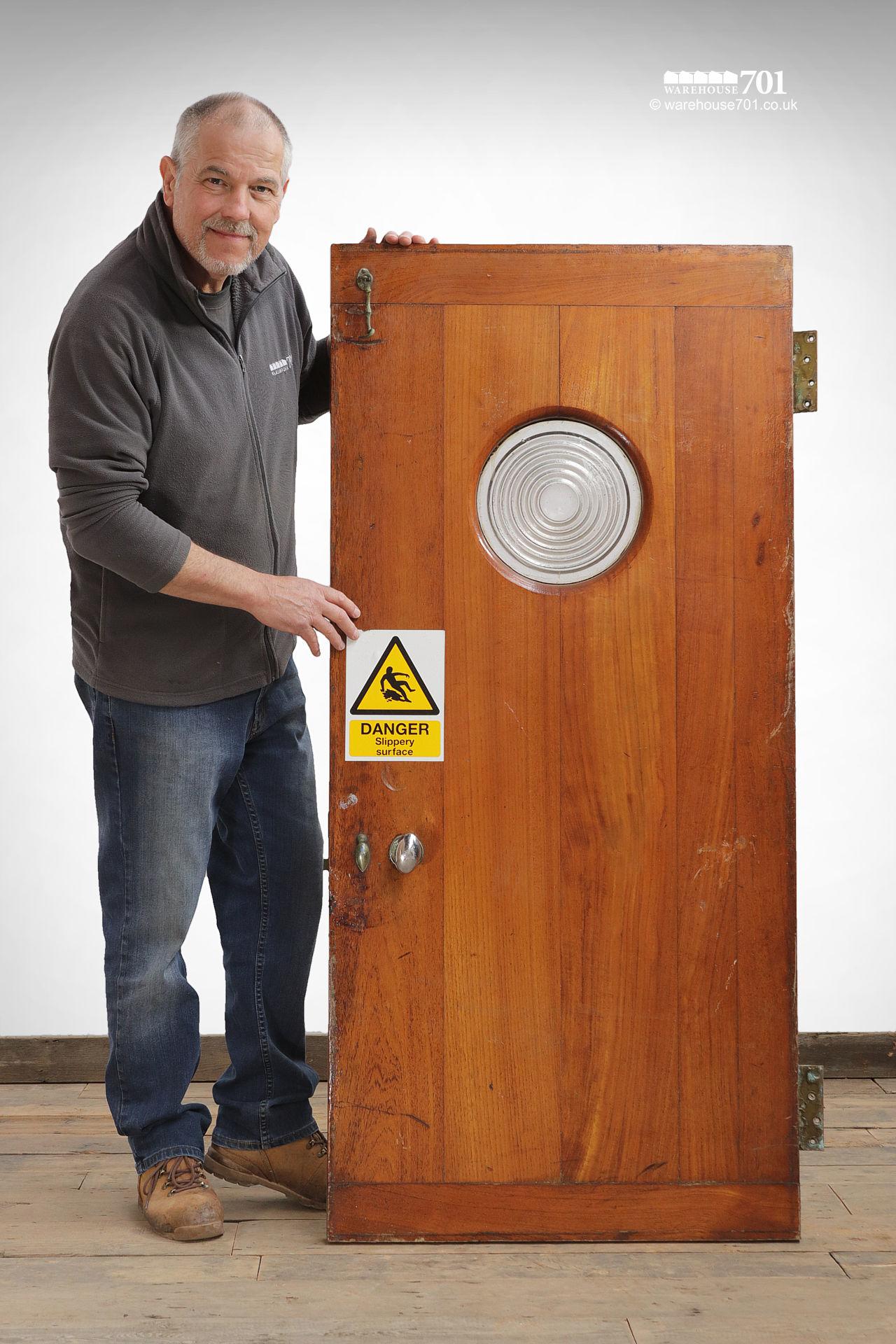 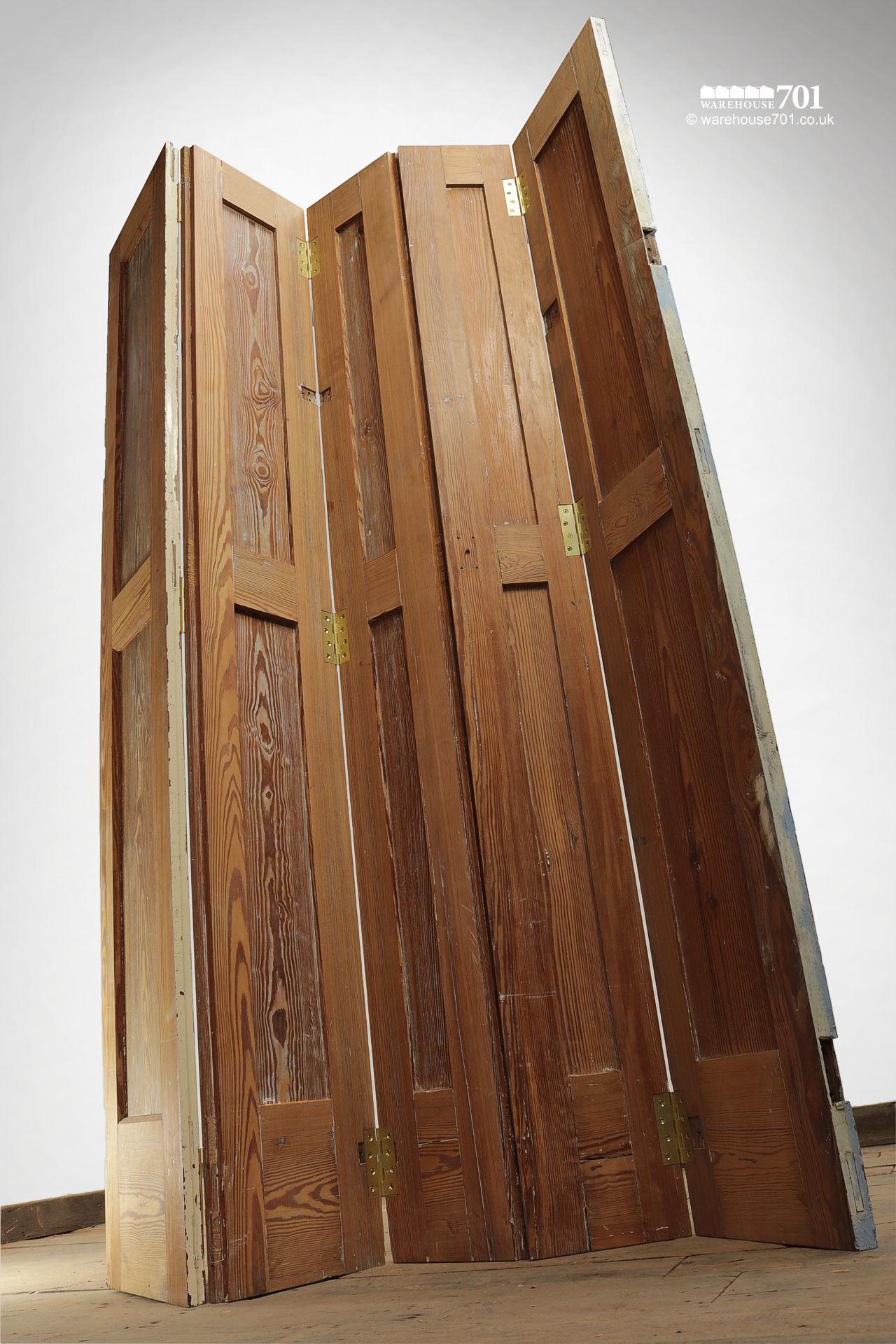 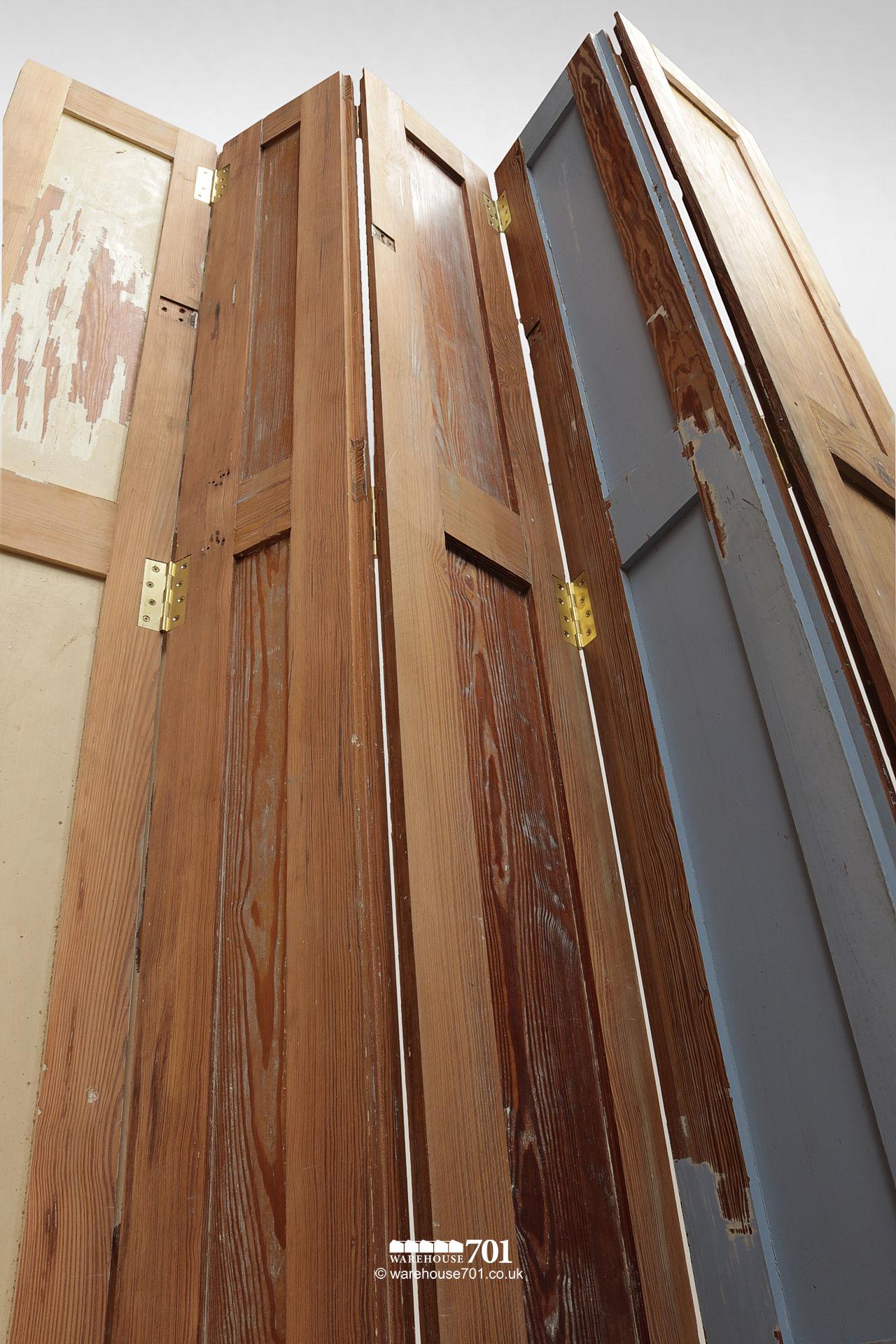 Doors, in their simplest form, allow access to and from a building or defined space. The earliest doors consisted of single or multiple wood boards with hinges and a latch. Oak, elm and exotic hardwoods such as mahogany and teak were used for external doors whilst interior ones were often made of softwoods such as pine and douglas fir. Medieval doors, Tudor doors and Jacobean doors often consisted of vertical planks with horizontal timbers to the rear called ledges held together with clinched nails (driven through and bent over to the rear). Such ledge doors could be made more rigid by adding angled pieces of wood to the rear to form a ledge and brace door. Vertical ribs covering the joint or gaps on plank doors kept out drafts as well as strengthening them - as did huge nails hammered into the face.

Early hinges consisted of steel pins set into the frame with corresponding metal loops set into the door. Church doors and chapel doors (often with rounded or arched tops) typically had highly ornate hinges befitting their status. Both Suffolk and Norfolk thumb latches (the latter has an integral backing plate) were prevelant on cottage interior doors with wood or metal box locks securing front doors and rear alike. With the postal service came the letterplate (or letterbox) and a knocker was always useful to announce visitors!

Panelled doors became popular in the Georgian period, usually two to six panels, but often only those leading to the main living and bedrooms. The use of deal (softwood) internal doors also made an appearance. Grand Regency doors typically had four or six panels with detailed mouldings and sometimes stretched from floor to ceiling as double doors that could reduce larger dining and reception rooms into smaller, more intimate spaces. Victorian Doors often had four panels in a 'large over small' arrangement and the thickness would vary dramatically between formal and informal (servants) rooms. Fan-lights, rectangular and semi circular decorative glass panels above a doorway were also popular in this era. Edwardian doors were similar to Victorian four panel doors but often in a 'small over large' layout. Decorative classically styled mantles or entablatures (panels and carvings over doorways) also appeared in formal rooms.

The early twentieth century saw influences from Art Deco in perpendicular 'one over three' panelled doors and stained glass panels. During and after WWII plywood doors were commonplace reflecting a time of material shortages, austerity and the influence of simpler geometric styling. During this time many earlier ornate doors were covered in plywood too! The latter 20th century saw doors mass produced with hollow or honeycomb cardboard cores covered in decorative veneers and mock panelling. Fire doors appeared, as did double glazed and lightweight alloy or metal doors. Doors are functional elements of any living space including french doors to the garden, cupboard, closet and larder doors. Whatever their purpose, they remain an important part of both the design and function of the home.