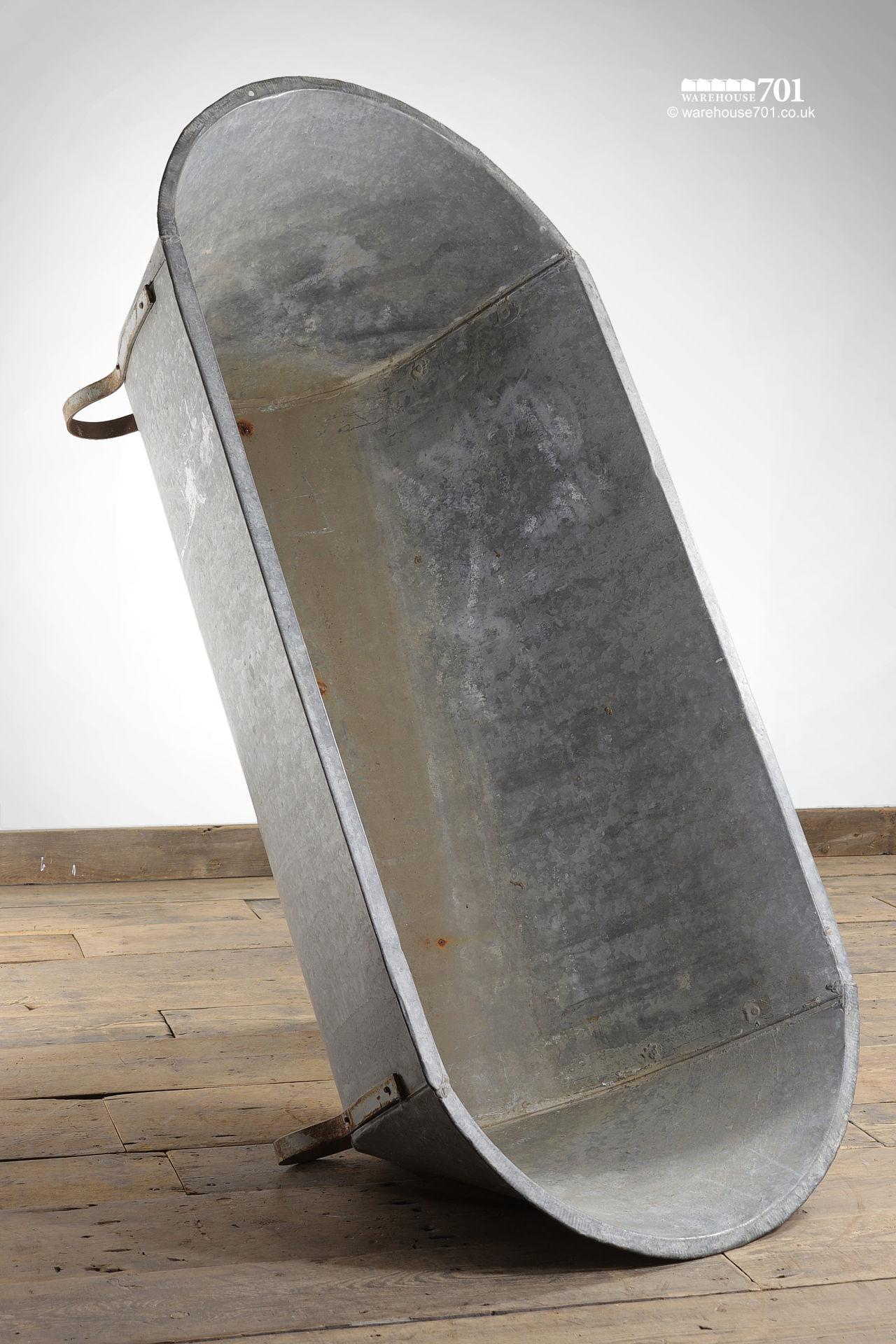 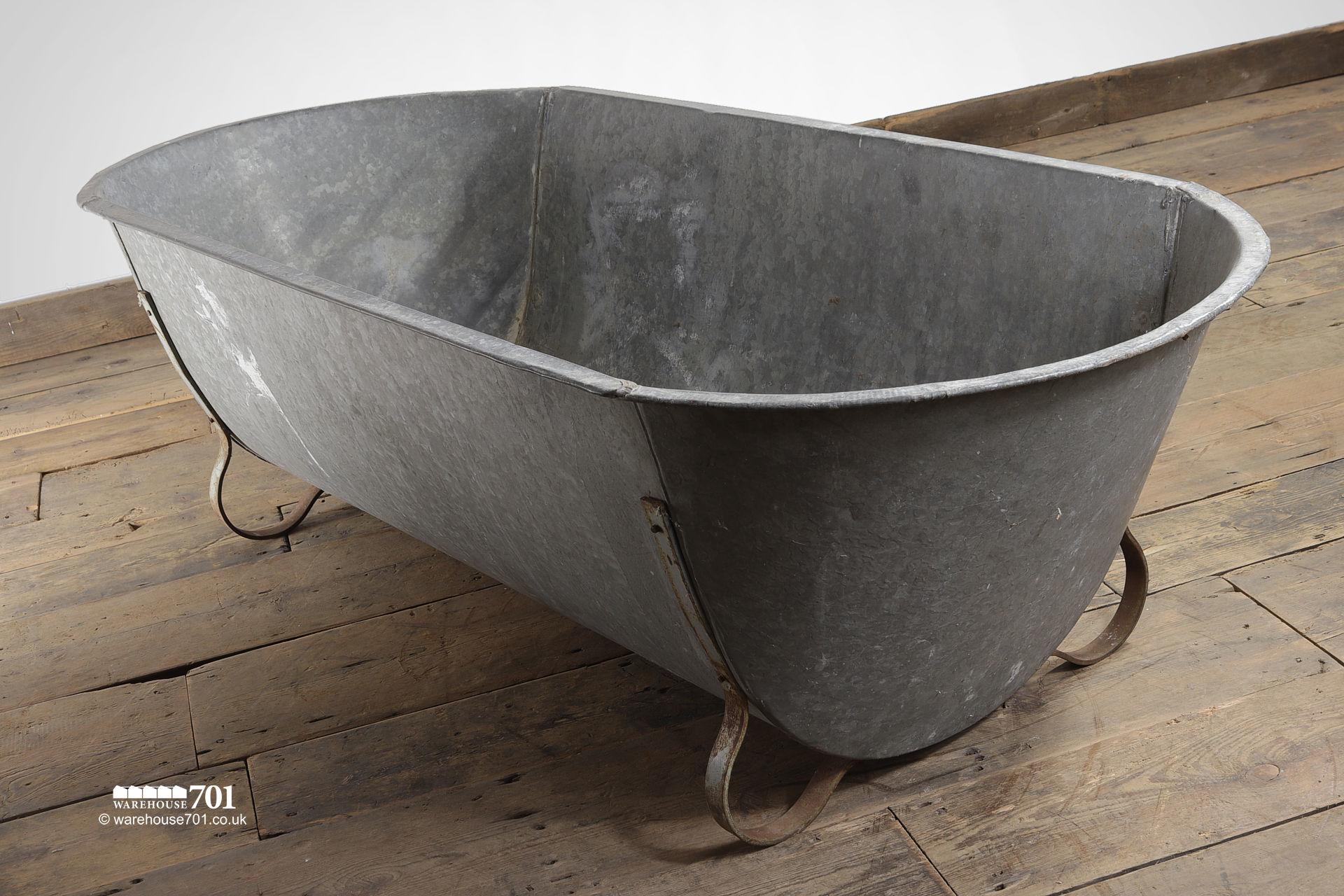 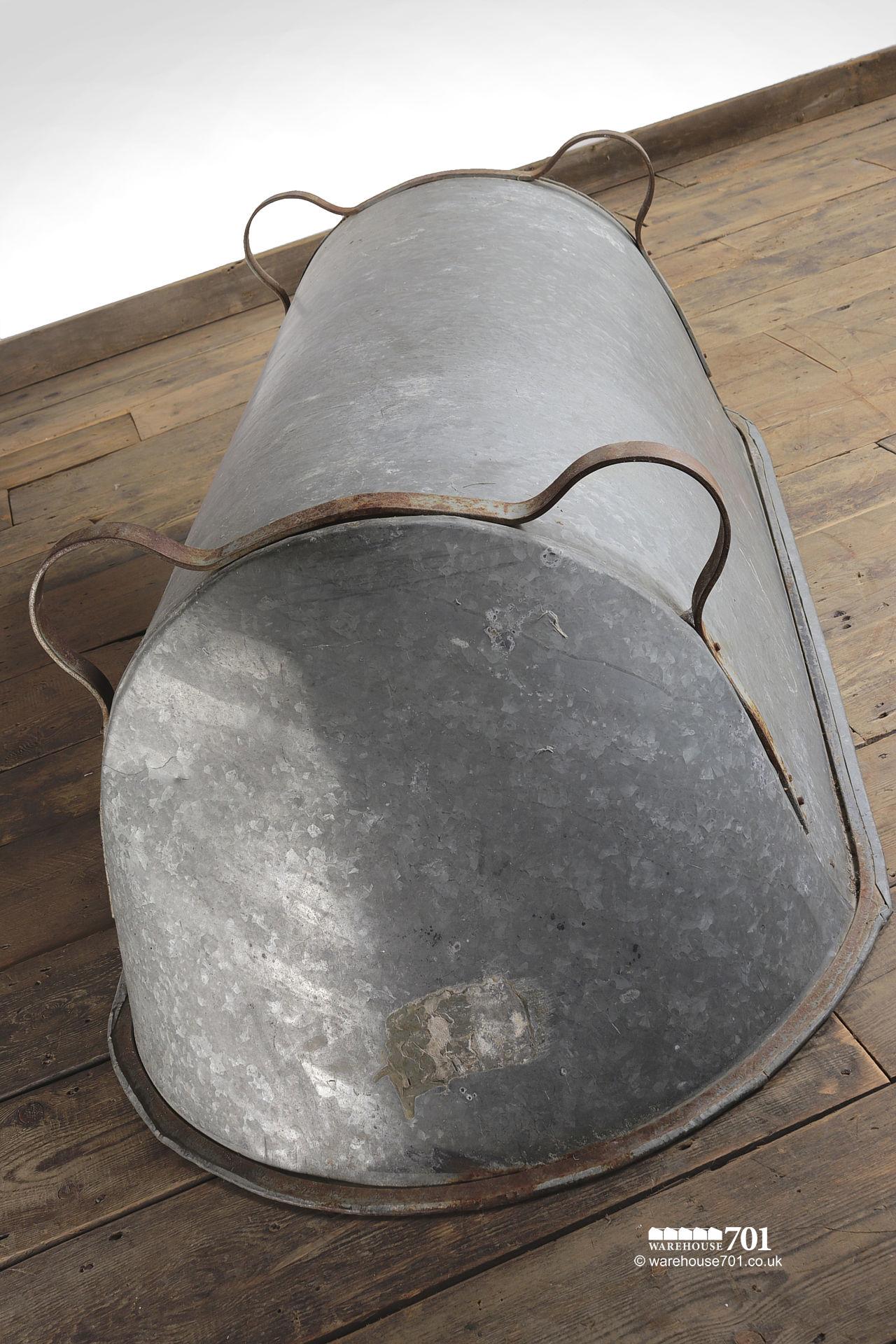 A simple, functional reclaimed galvanised double ended tin bath with stirrup feet that would have been hung on a scullery or outhouse wall when not in use. Formed from two rounded ends soldered to a central trough, the rim has been rolled and a pair of wrought iron looped legs riveted in place.

Used throughout the late 19th and first half of the 20th century - they were still in use in some homes until the 1960's. The looped legs and general condition of these baths suggest they may be from the 1950's?

Often used today as garden planters or for washing the dog!