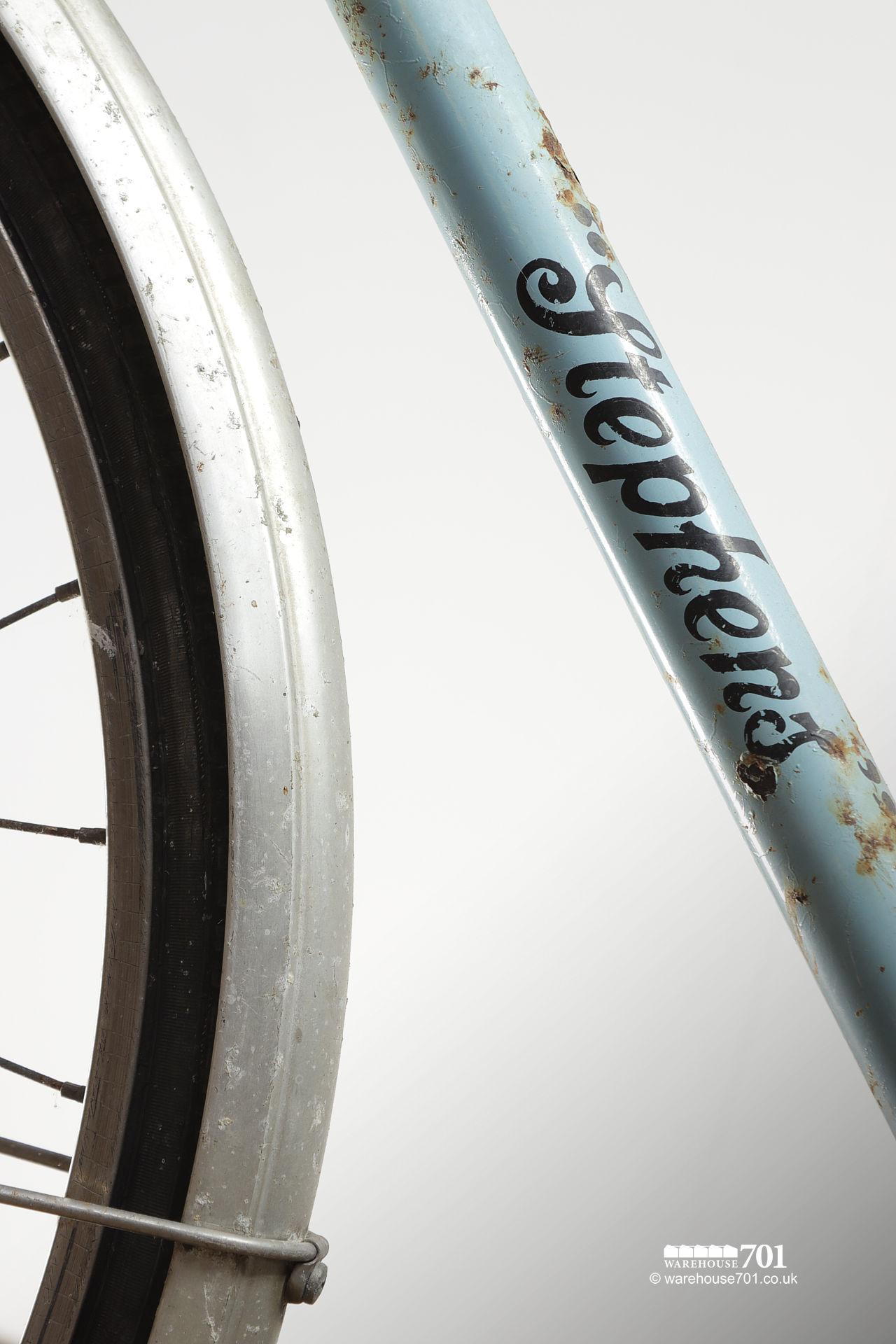 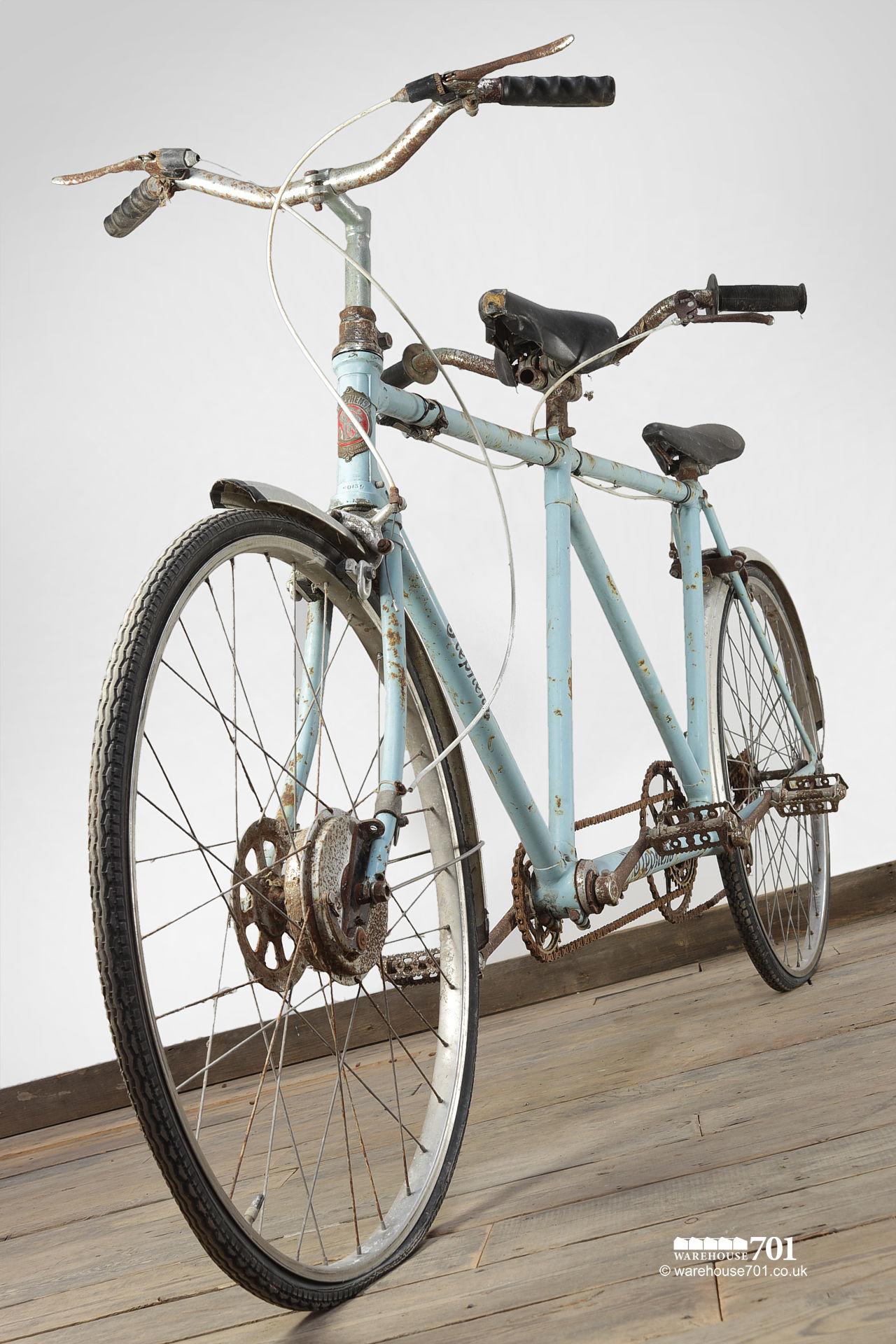 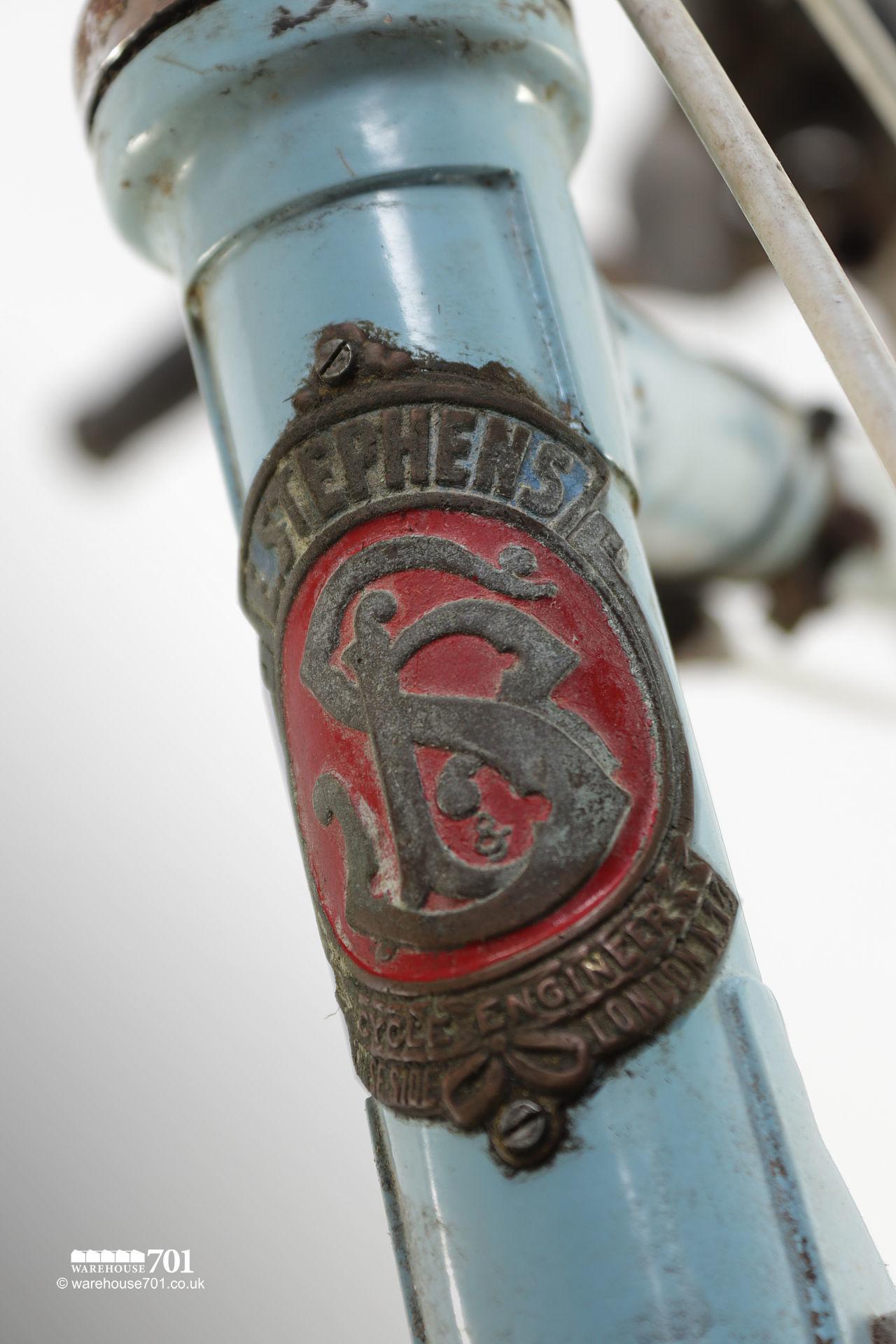 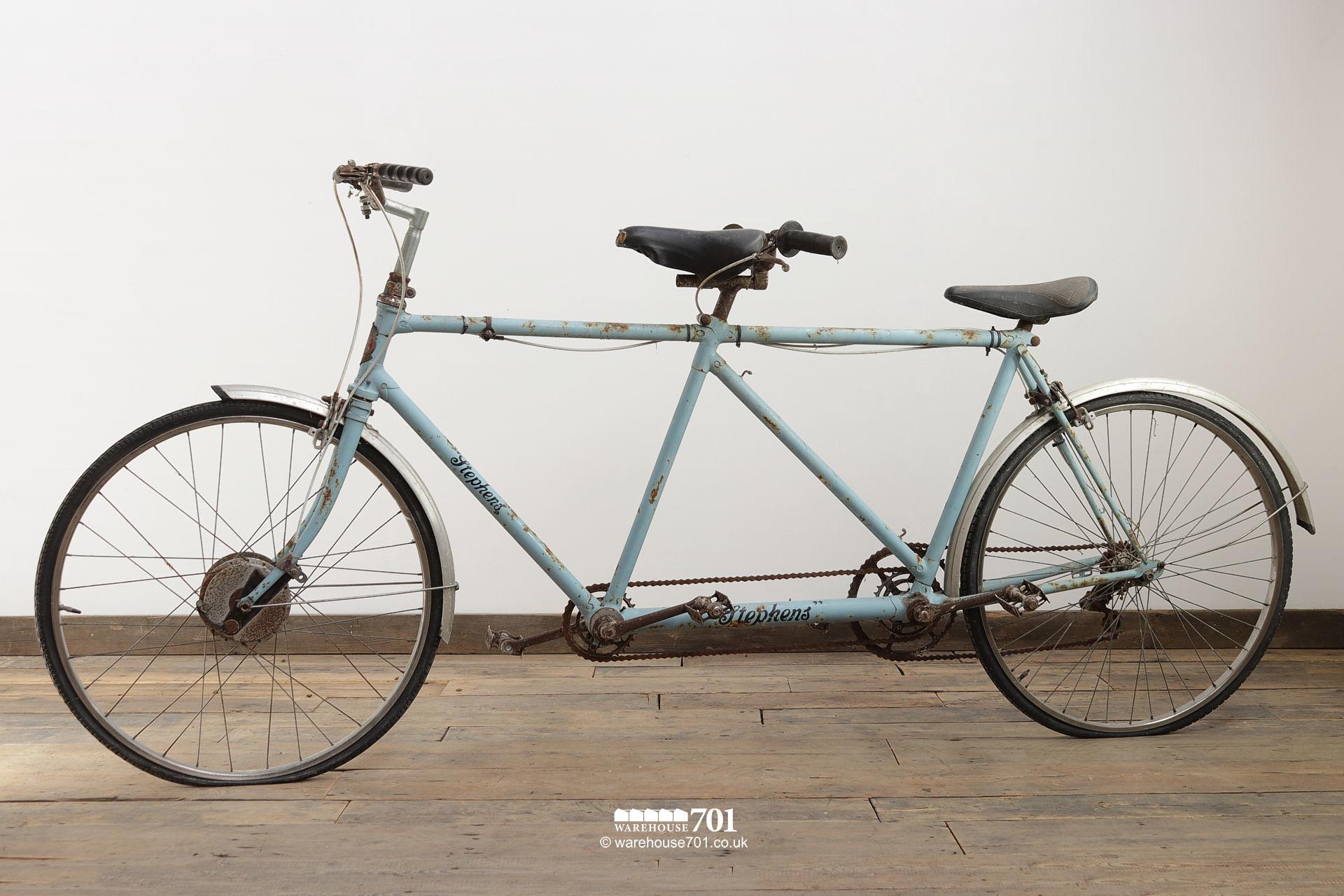 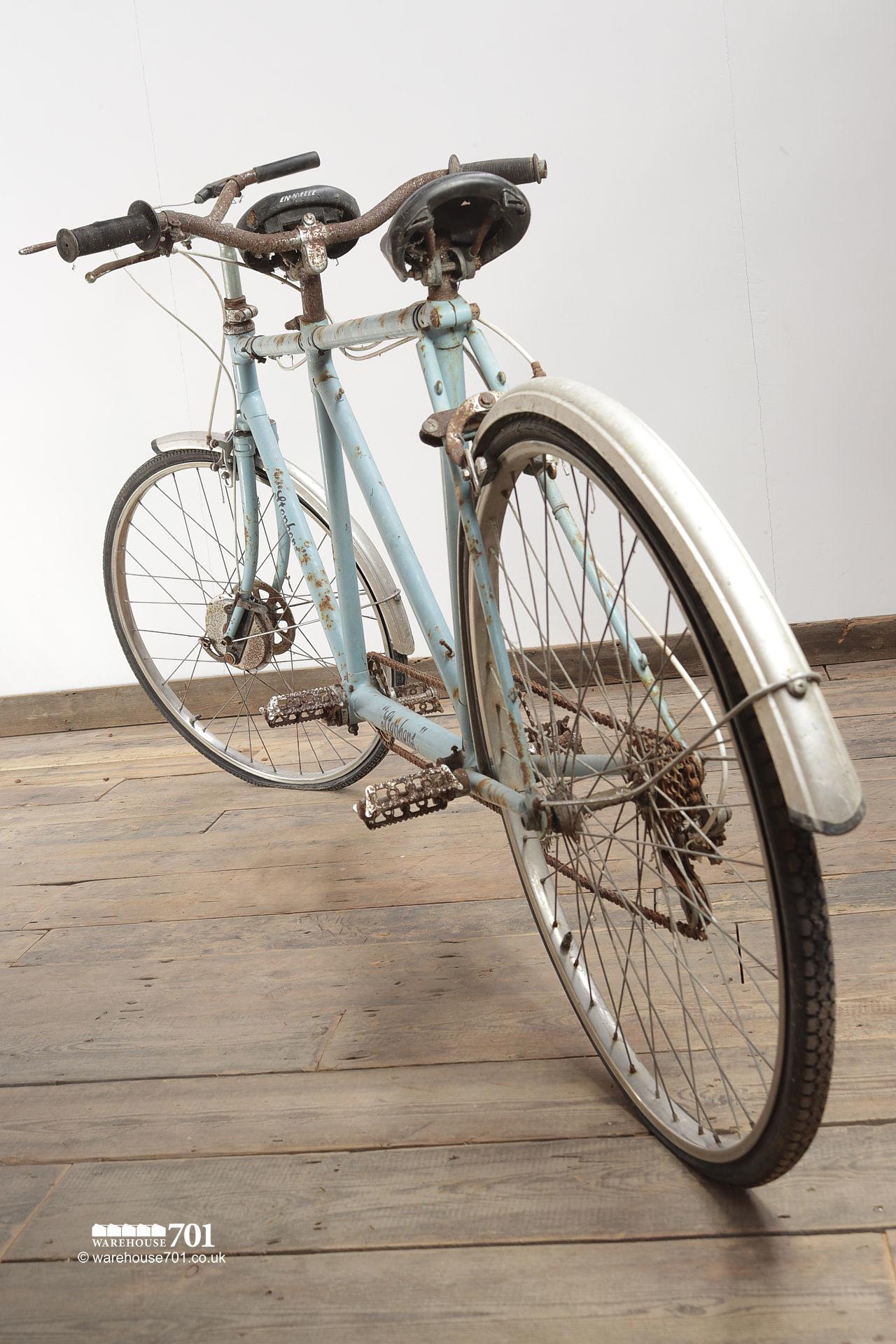 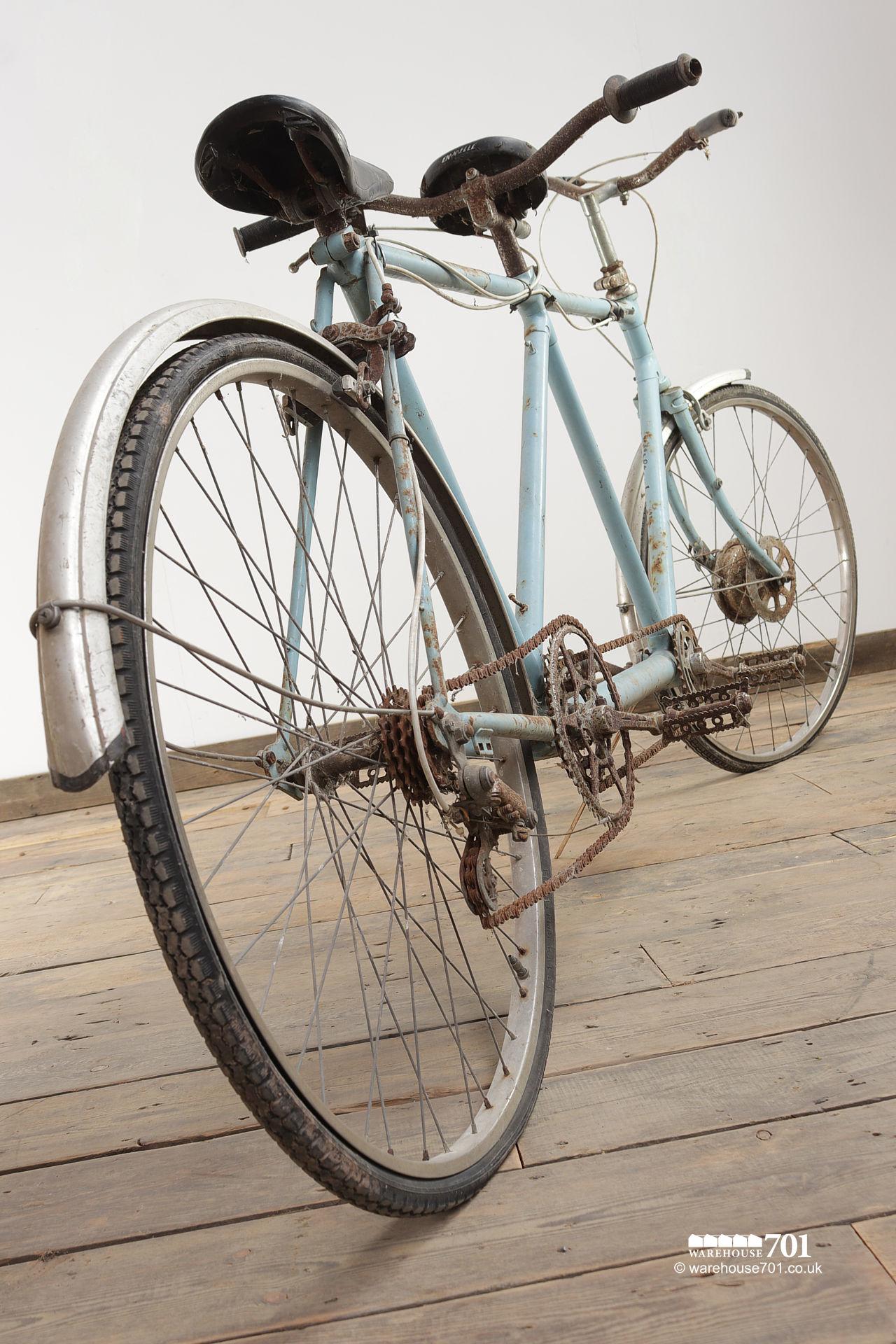 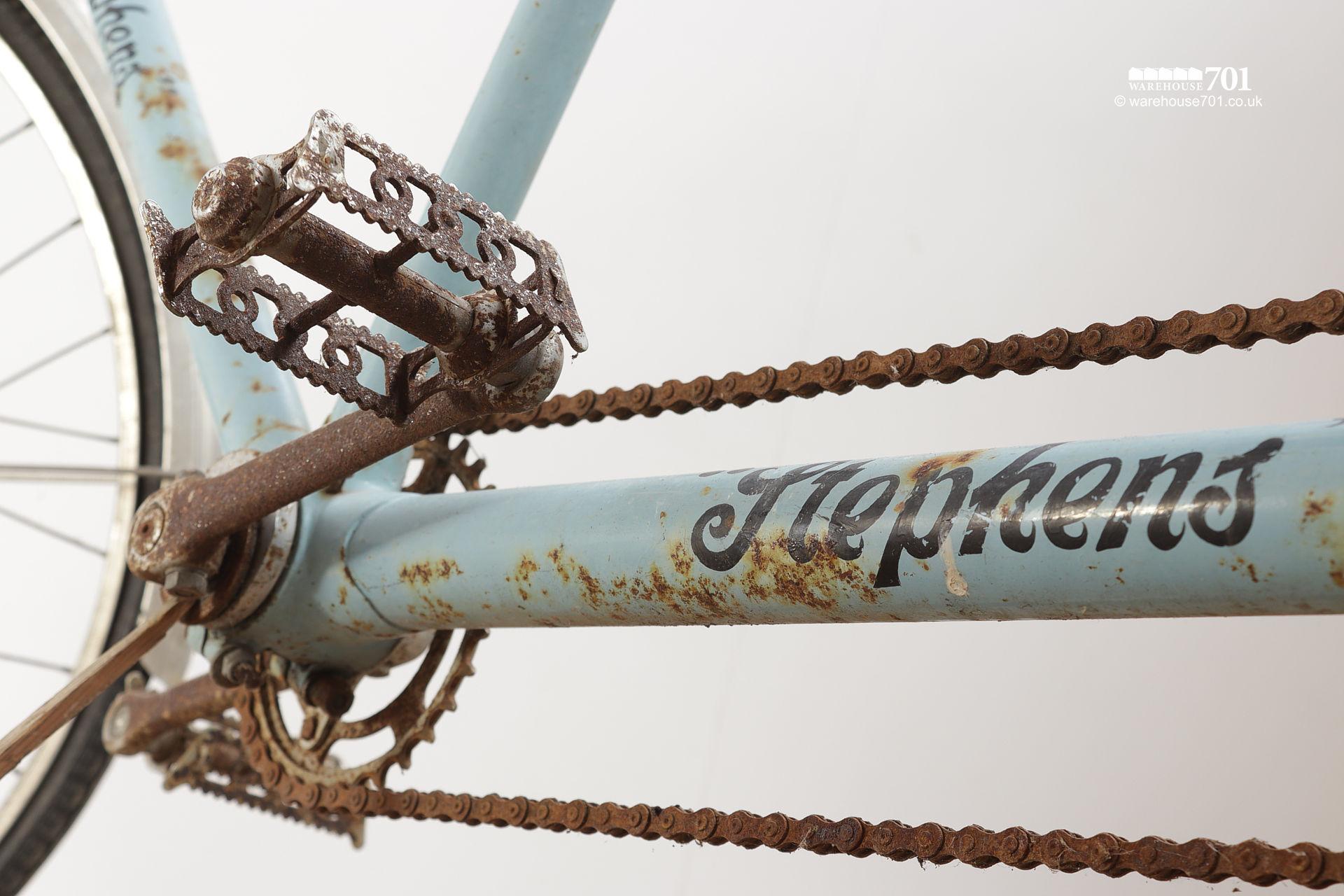 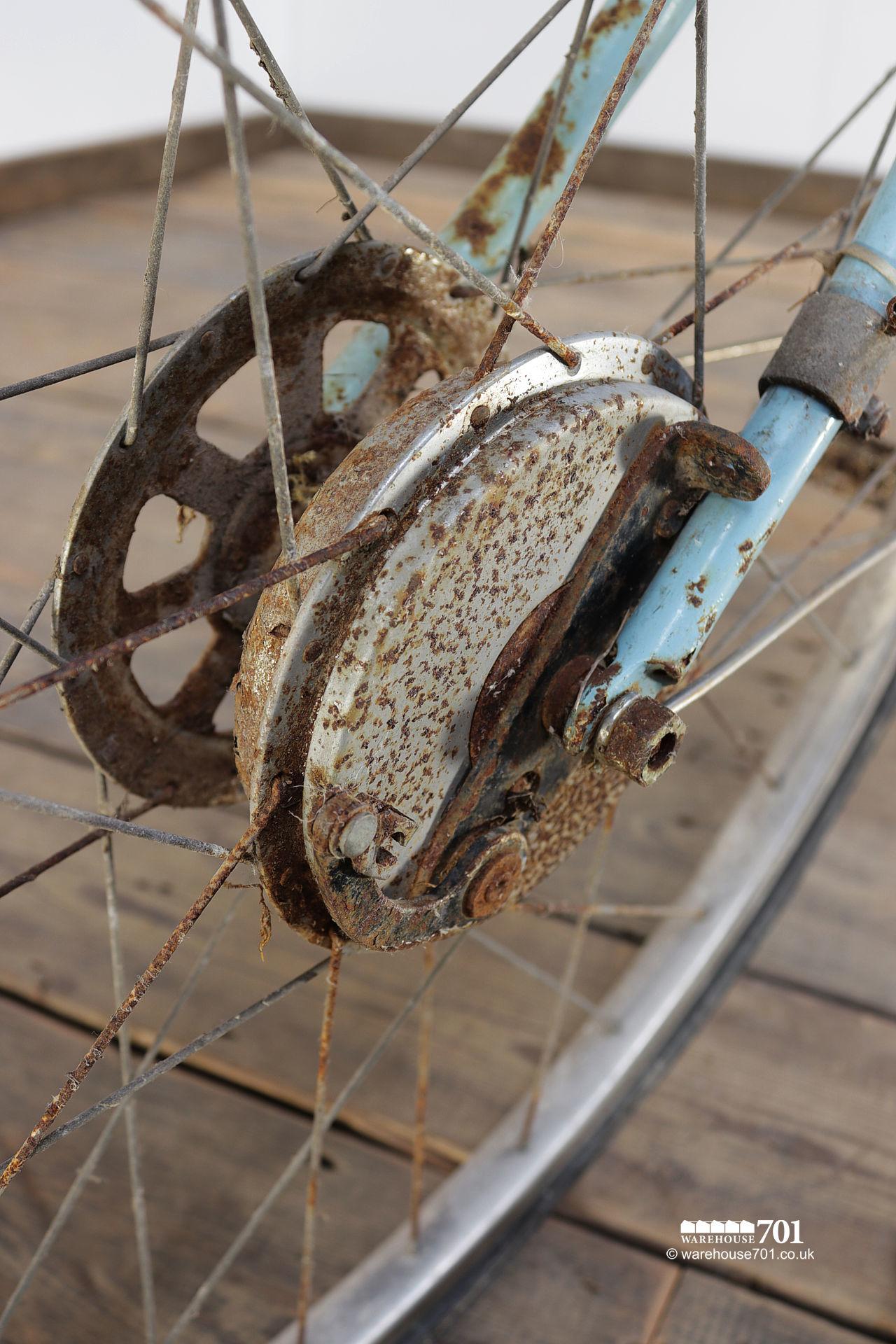 In the mid 1940s to the early 1960s virtually every household in the UK would be home to one if not several push-bikes. Considered by many to be the golden age of cycling, bikes were built for work, sport and leisure. This authentic E. Stephens 1940’s British hand built tandem bicycle may have been bought for either of the latter though the twin high cross-bars, dual front brakes and metal skeleton pedals suggest a two ‘man’ crew and competitive performance - so it may have been a sports/racing bike? The original colored name badge tells us it was made by ‘E.Stephens Cyle Engineer’ at ‘36 Chase Side, London N14’ and the name “Stephens” is signwritten twice on the frame. The business closed in 1956 and an old photograph shows it operating from a house attached to a gated yard and that possibly Stephens was selling early British motorcycles too? There is a number on the frame that appears to read ‘90139’ and the raised lettering ‘REG NO 5177(8?)’ underneath the frame. The gears bear the name ‘Falcon’ whilst the larger pedal cog/gear reads ‘Hicklin’(?) The tyres are flat (though the treads appear good), the chain is jammed around the rear gear hub and the cabling requires attention - BUT, it will be an amazing and thoroughly enjoyable piece of history when cleaned and restored.