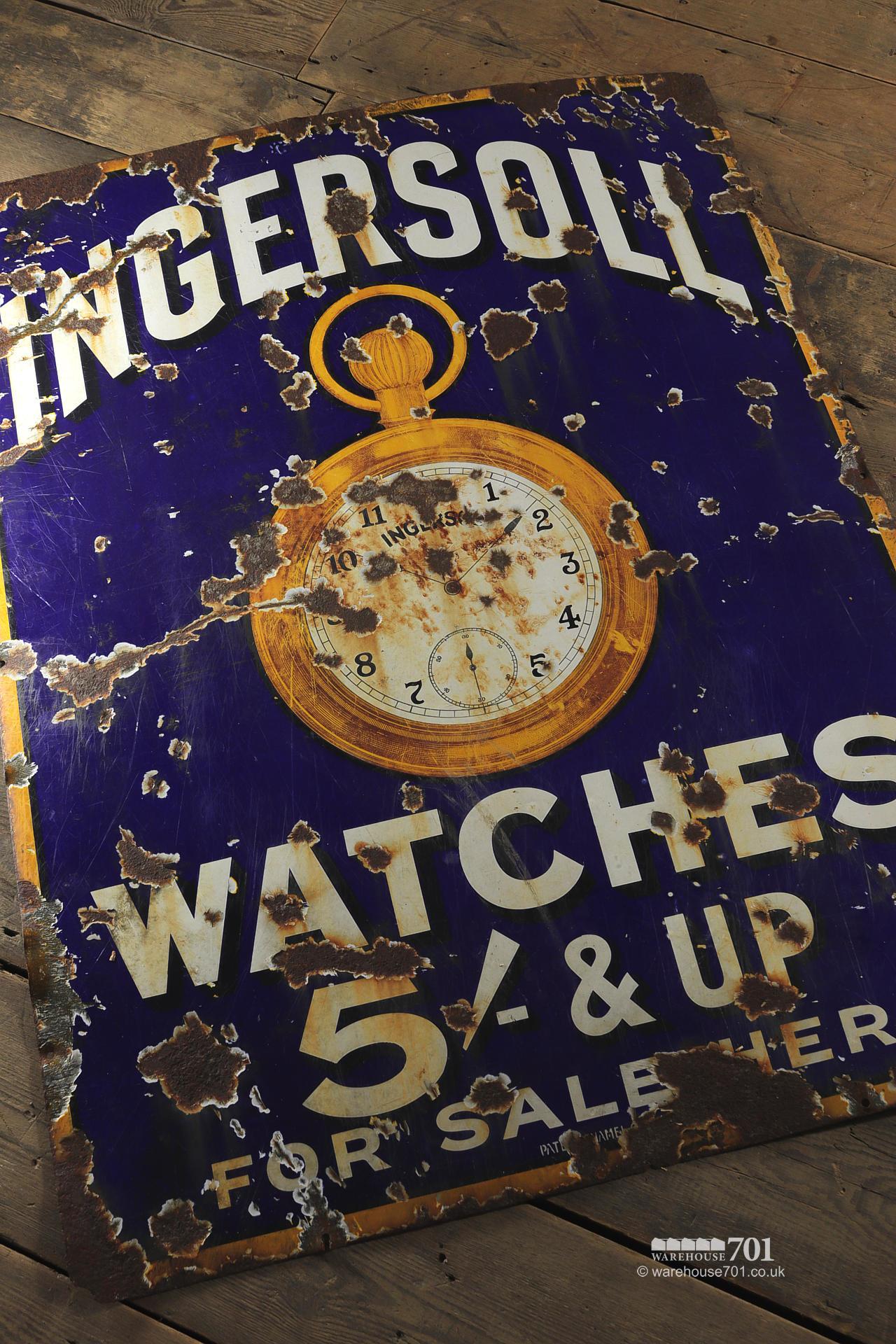 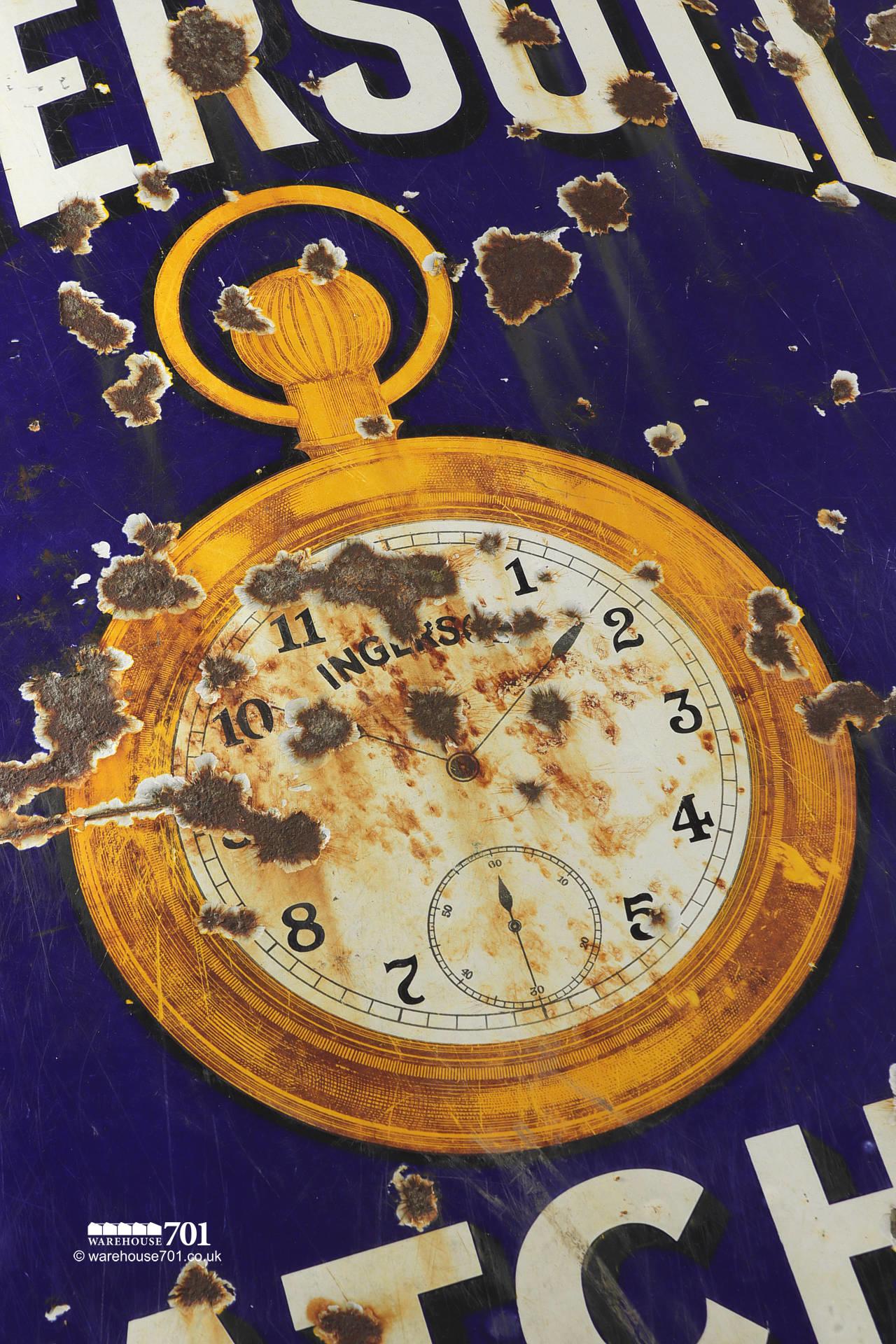 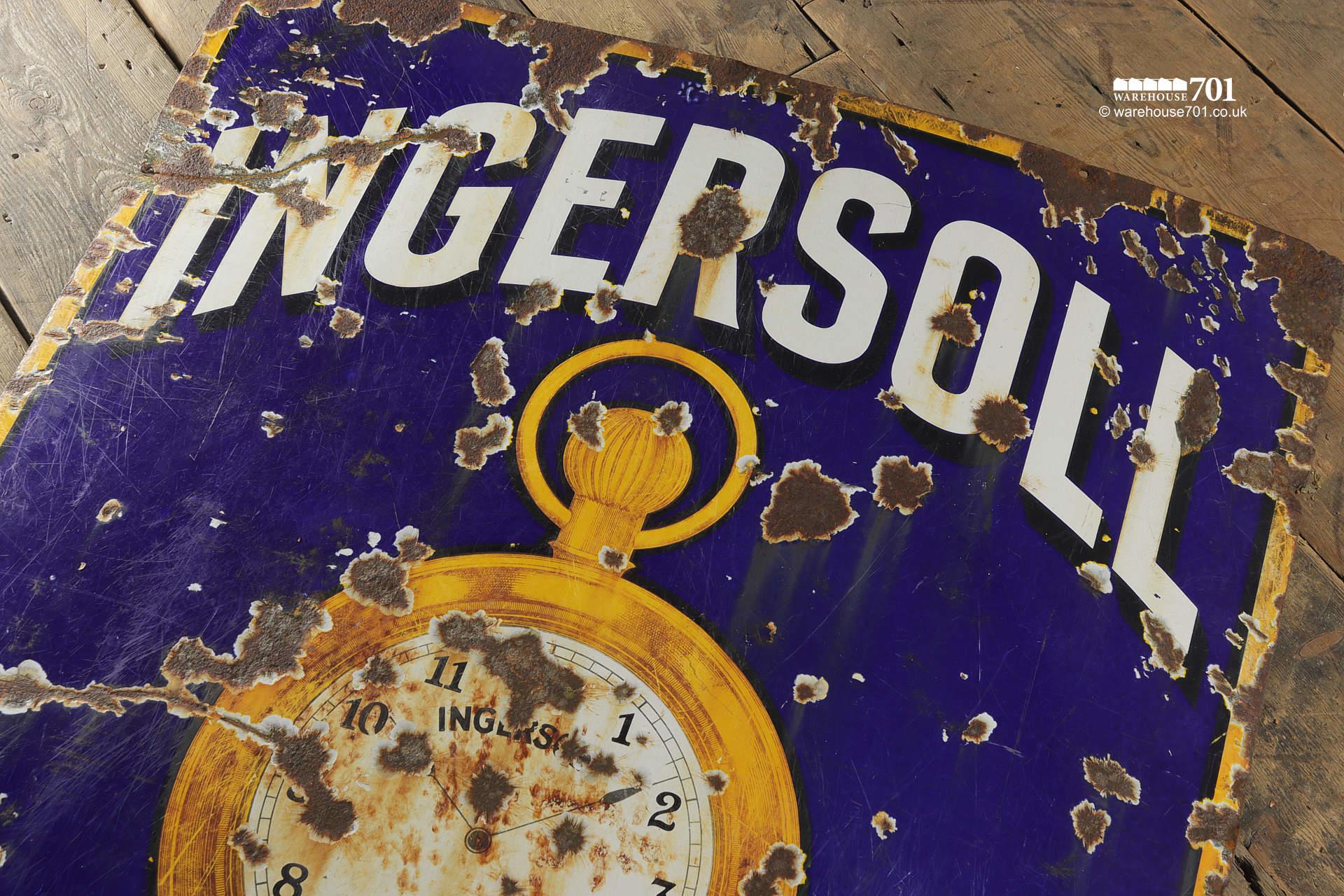 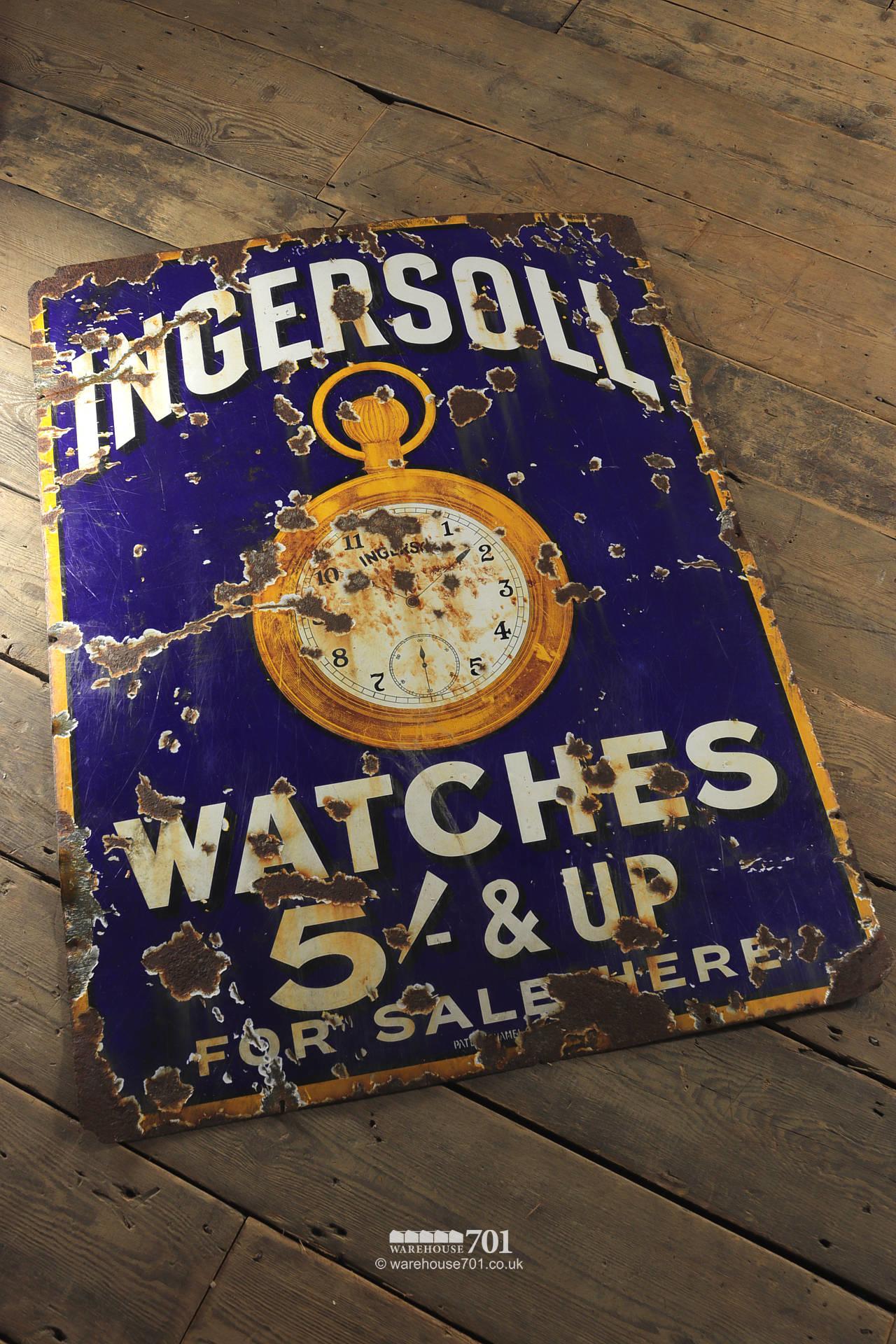 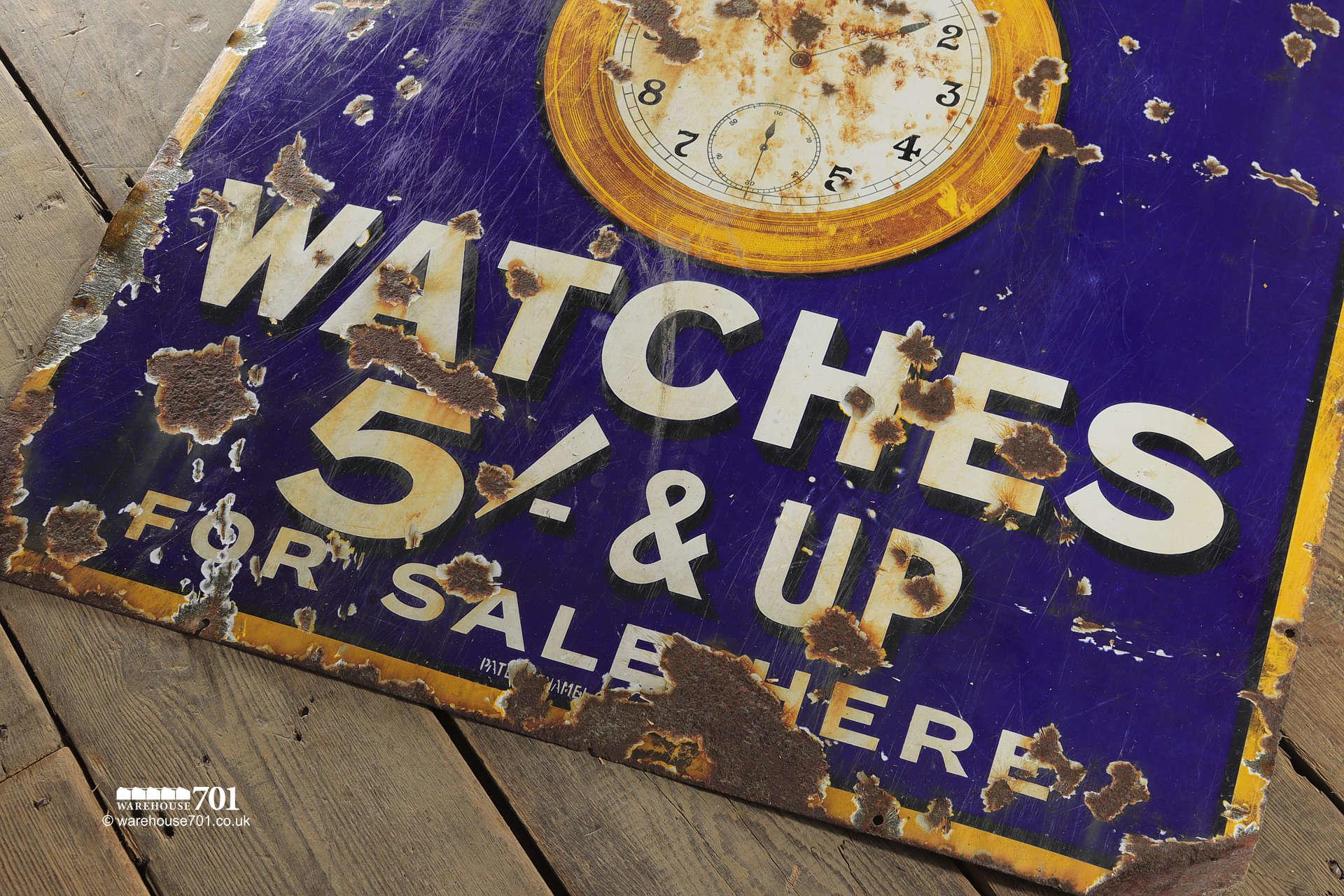 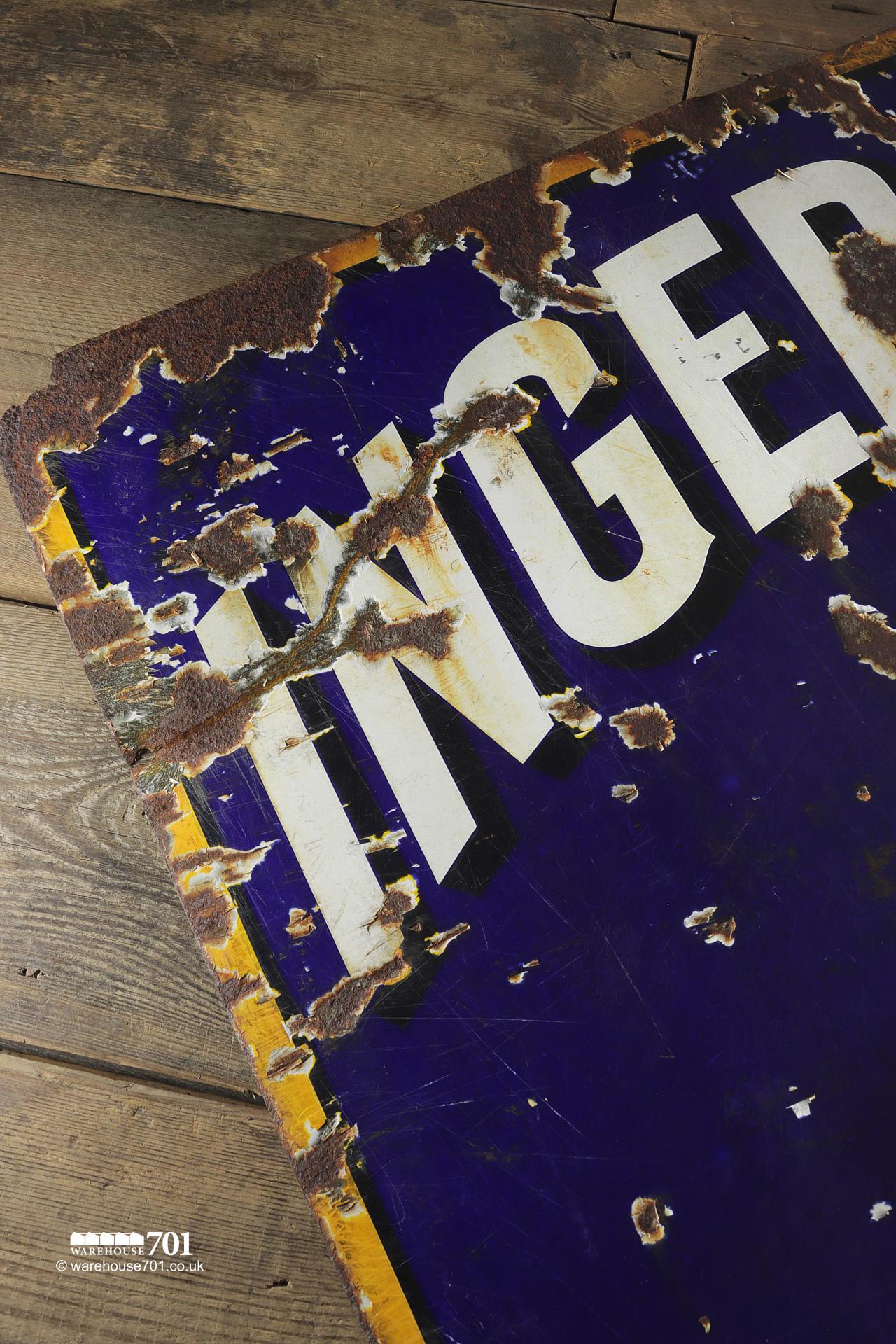 A richly coloured piece with a golden pocket watch and the price of 5/- and up! (5 'shillings' is equivalent to 25p now). A salvaged blue enamel Ingersoll Watches single-sided sign that is particularly attractive because of its universally distressed finish that somehow gives it the most scrumptious look that is impossible to replicate.

Founded in 1882 in New York City by brothers Robert and Charles Ingersoll, the company initially sold rubber stamps and other budget items. In 1896 they introduced the 'Yankee', the first $1 watch in America! Within 3 years they were supplying 8,000 watches a day to 10,000 dealers! The first UK store was opened in 1904 when the 'Crown' pocket watch was introduced for 5 shillings - which may help to date this sign. Bankrupt in 1921, Ingersoll was bought by Waterbury Clock Co. that would later become Timex! The UK arm of the business was sold separately and prospered - making 30 million watches between 1946 and 1980.

A gorgeous display piece for the kitchen, study or retail setting. Priced to appeal equally to the collector or interior stylist.